In 850 A.D. the first story about a Cinderella was called Yeh-Shen

Did you know that the first known literary version of a Cinderella came from China?

It’s not fake news that in 850 A.D. during the Tang Dynasty, the first Chinese version of Cinderella was about a girl called Yeh-Shen.

Although it has been claimed that the Chinese Cinderella Yeh-Shen had bound feet, it couldn’t be true because foot binding didn’t appear in China until near the end of the Song Dynasty (960-1276 AD).  In fact, Smithsonian.com reports, “Foot-binding, which started out as a fashionable impulse, became an expression of Han identity after the Mongols invaded China in 1279.”

The French version of a Cinderella wouldn’t be published by Charles Perrault until 1697 — more than eight centuries after the world’s first Cinderella story.

Other versions of Cinderella would appear in 1867 and again in 1894 in England.

In 1945, the Bolshoi Theatre in Moscow presented the premiere of Sergei Prokofiev’s ballet of Cinderella.

Walt Disney wouldn’t publish a version of Cinderella until 1946, more than a thousand years after the first Cinderella appeared in print in China.

There is a myth that an earlier version existed in Egypt around the first century. If true, since Egypt did not have printing presses, this had to be an oral story told around camp fires. 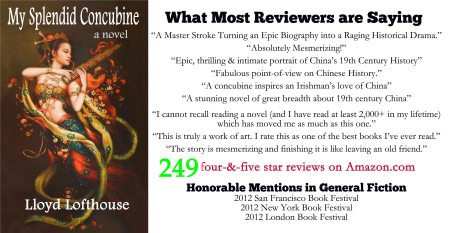 This entry was posted on Wednesday, April 4th, 2018 at 05:00 and is filed under China, Chinese arts and music, Chinese Culture, Chinese history, Chinese literature, Chinese women. You can follow any responses to this entry through the RSS 2.0 feed. You can leave a response, or trackback from your own site.