If you enjoy watching films, you probably know who Jackie Chan is. However, outside China, many may not know he is a collector of Chinese cultural things such as rocks, old Chinese wood houses, wine, and ceramic tea cups and saucers.

What I didn’t know until my wife and daughter returned from China on New Year day 2013 was that Chan also has been building cultural collections for decades. 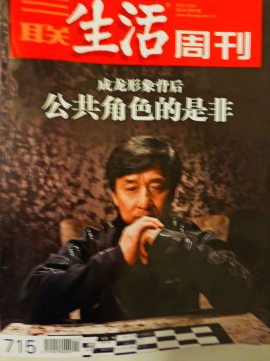 In China, my wife bought a magazine that was exclusively about Jackie Chan’s life, film career, charitable giving and his collections. 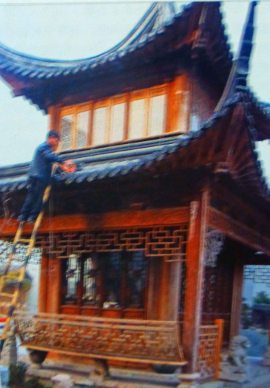 Asia One.com says, “Mr. Chan had started his collection (of older Chinese houses and wood structures) some 20 years ago. His collection currently comprises seven houses and an opera performing stage, dating from the Ming and Qing dynasties.”

Then as Chan aged, he became concerned that his collections survive after he is gone, so he is donating them to Singapore and Beijing.

Zee News.India.com reported, “Kung Fu movie legend Jackie Chan wants to donate historical Chinese houses worth more than 67 million US dollars to a university being set up in Singapore … Chan will give the campus seven wooden houses and a performing stage from his private collection …” 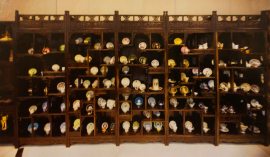 From Asian Fanatics.net we learn that Chan’s “collecting passion was also influenced by his late father, who loved old Chinese wooden houses. Chan’s dad, Charlie, died … at the age of 93 after battling cancer. The star’s love of all things historical can be seen in his property purchases here. He owns the 105-year-old Jinriksha Station at 1 Neil Road, once the central depot for rickshaw drivers in Singapore, and the four-storey The 50s complex. Both are historic buildings within the Neil Road conservation area.”

If you live in the United States or Canada and are interested in this copy of the Jackie Chan magazine, leave a comment for this post letting me know, and I will hold a drawing March 2013, and then mail the magazine to the winner. If no one is interested, the magazine will be recycled.

This entry was posted on Monday, February 4th, 2013 at 06:00 and is filed under China, Chinese Culture, Chinese history, Chinese men, family values, tourism. You can follow any responses to this entry through the RSS 2.0 feed. You can leave a response, or trackback from your own site.