The Importance of FACE to the Chinese

No, this is not about how a person looks or Botox or face-lifting creams or hairstyles, or tanning salons, or the desire to have a rounder, paler moon face—the standard of beauty to most Chinese.

In China, if you do something considered disgraceful, like getting divorced, that may be considered a loss of face for everyone in the family—not just for the individual.

Lin Yutang wrote in My Country and My People, “It is easier to give an example of Chinese ‘face’ than to define it.

Lin Yutang said, “The ‘face’ is psychological and not physiological.  Interesting as the Chinese physiological face is, the psychological ‘face’ makes a still more fascinating study.  It is not a face that can be washed or shaved, but a ‘face’ that can be ‘granted’ and ‘lost’ and ‘fought for’ and ‘presented as a gift’.”

For instance, when our daughter was a pre-teen, we went on weekend hikes in the hills behind our home. The end of the hike led to a large park across the street from the La Puente Mall. On one fateful day, when she was nine or ten, she was the first to discover a dead man. She came running back with a shocked look to tell us about what she had seen.

It turned out the dead man was an architect from Taiwan and his company had gone broke. His loss of face for failing had driven him to take an extension cord from his mother’s house, find a suitable tree in an isolated portion of that park, and hang himself.

He was dead when we reached him.

The meaning of face may vary between Chinese. It depends on the balance between Confucianism and Daoism along with factors like Buddhism or belief in the Christian, Islamic or Jewish God.

Face is one reason why Chinese tiger mothers ride their children hard to do well in school while telling everyone they know that their child is stupid and/or lazy and has no chance to succeed. In fact, Chinese mothers may often tell their children the same thing they tell family and friends. However, if the child is accepted to a prestigious university, that Chinese mother has now earned bragging rights and “gained much face” for the job she did as a mother

To get a better idea, I recommend reading Amy Tan’s The Joy Luck Club or watching the film.

Once, we had a house full of my wife’s Chinese friends over for dinner. After eating, the children gathered in our downstairs TV room to watch the The Joy Luck Club, and during one scene, when the Chinese mother was acting very Chinese, all the children looked at each other, nodded ‘yes’ and laughed ironically. Since my wife is Chinese, I knew why they reacted that way. They all had Chinese mothers.

Face is why the Chinese businessman will take great risks or take only a few risks and if given a chance may steal another person blind—that is if they believe they can get away with it. If they are caught and it’s against the law, that is a loss of face—and one possible reason for suicide.

Most Chinese men will wait until they are successful before they let others know. If they fail, it’s possible no one will hear about it beyond the family.

Face is why Chinese men often work twelve to sixteen hour days, seven days a week earning small but saving large. The Chinese will do without luxuries and save to pay for their child’s university education. Chinese women will work just as hard. Studies in today’s China show that the average family saves/spends a third of its income for a child’s education.

Regaining face may be one reason why Mao reoccupied Tibet for China in 1949. Look closely, and you may discover that even Taiwan claims Tibet for the same reason and why mainland China claims Taiwan.

Face may be why China’s mainland leaders get so angry over Taiwan. As long as Taiwan is not ruled by the mainland, it’s probably seen as a loss of face.

Face may by one reason why the Chinese want to walk on the moon, and then reach the other planets before anyone else. In China, the importance of face is universal to most of the population and different for each person.

Because of face, the Chinese are not strangers to risk taking. It’s probably the reason the Chinese invented paper, silk, the crossbow, the compass, the stirrup, developed a cure for scurvy, the printing press, gunpowder, and built multi-stage rockets centuries before anyone in the West did. 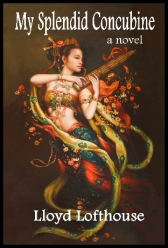 This entry was posted on Tuesday, July 29th, 2014 at 05:00 and is filed under China, Chinese Culture, cultural differences. You can follow any responses to this entry through the RSS 2.0 feed. You can leave a response, or trackback from your own site.

2 Responses to The Importance of FACE to the Chinese