As a child I was fascinated with Genghis Khan (1162 – 1227 A.D.) and his grandson Kublai Khan (1215 – 1294), who was the 5th Khagan (Great Khan of the Mongol Empire), and the 1st Emperor of the Yuan Dynasty in China (1271 – 1368).  He was the first non-native emperor to conquer all of China. This fascination is why I knew a little bit about Marco Polo. In fact, I’ve known about Marco Polo most of my life but not much detail about what he actually accomplished in China. 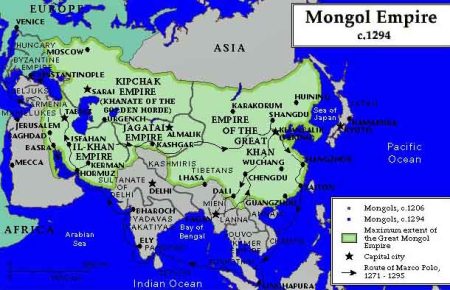 Marco Polo lived in China for 17 years and loyally served Kublai Khan.  I’ve never seen the first television miniseries (8 episodes) originally broadcast by NBC in 1982, but I have watched season one of the recent Marco Polo series produced by Netflix.

Halfway through Seasons One’s Netflix series, I wanted to know how accurate this fascinating interpretation of Marco Polo’s life in China was and did some digging with help from Google.

I bought the DVDs for Marco Polo Season 1 from Amazon where it has 4.6 of 5 stars from the 90 customer reviews. 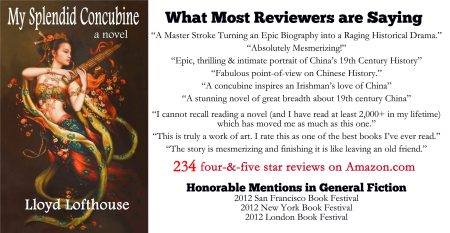 If you ever visit Hangzhou, after cruising on the West Lake, you may want to see this tourist attraction in the city. Before 1949, it was the home of a wealthy family but was first owned by Hu Xue-yan (1823-1885).

Hu Xue-yan made his money in banking then expanded into pawn shops, import-export, real estate and made his biggest fortune as the founder of a Chinese herbal medicine company. After he died, his family lost the fortune and sold the house.

The house in these pictures and video was built in 1872. After it was renovated in 2008, it was turned into a museum and tourist attraction worth seeing.

When the Communists won China’s Civil War in 1949, the mansion (covering about two acres) was owned by another family that made its fortune first in the silk industry then banking. 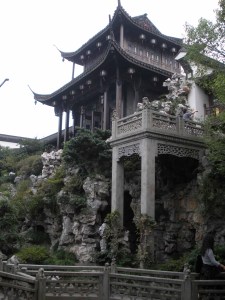 rock art in garden with tunnels

There’s more to the mansion than this example of rock art in the garden you see in the photo above.  These rocks were added when the mansion was built. There was a time in China during the Imperial era when rock art was popular. Hidden under the building and among the rocks are manmade caves.

During a visit to Hangzhou, for a few yuan, you will be able to tour most of the mansion and the gardens (there is more than one garden beyond what you see in the two photographs).

The Hu Xue-yan mansion is in a city with a population of more than eight million, but once inside its walls you have no sense of the crowded city outside. Once the owner was home and the gates locked at night, it was a world-of-tranquility apart from the city.

The city of Hangzhou is more than two-thousand years old and was the capital of the Southern Song Dynasty (1127 – 1279 AD) before Kublai Khan, who founded the Yuan Dynasty (1206-1368 AD), conquered all of China. 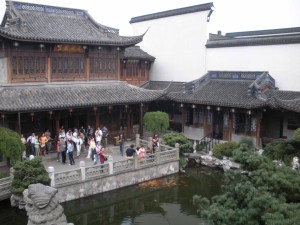 There is a famous Chinese saying that says, “In heaven there is paradise, on Earth there is Su and Hang (Hangzhou – Paradise on Earth). 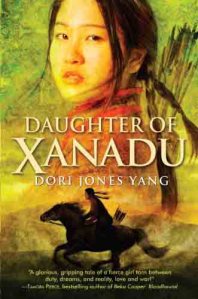 Daughter of Xanadu is not all-teenage angst.  As our protagonist matures, so does the content of the story.

In August 2008, The Exploratorium at the Palace of Fine Arts in San Francisco sent a team to China to film a total-solar eclipse.

While in China, Pauld Doherty, a physicist, teacher, author and rock climber, visited China’s Stonehenge of the Gobi Desert, a Stonehenge like structure in Xinjiang Province.

Pauld says, “The Gobi Stonehenge is made with a central pillar where a viewer stands and 6 pillars that mark the positions of sunrise and sunset on the equinoxes and the solstices. There are also pillars to mark due north and south. When the sun passes over the south pillar, it marks local-solar noon.”

“The shape of an observatory like this one depends upon the latitude,” he says, “and my calculations show that the excellent Chinese astronomer who designed this one did a superb job.”

Patsy Burns left a comment, “The Stonehenge and center of Asia markers note Chinese have long been studying the skies…. Have you been to the remnants of the Emperor’s observatory just east of Tiananmen Sq by the Gloria Plaza hotel…if it is still there? Supposedly Marco Polo’s star gazing Jesuits matched calculations with the Emperor’s people there and that knowledge gave Marco Polo guanxi, credibility.”

To answer Patsy’s question, yes, the Ming Emperor’s observatory is still there and a planetarium was added.

To study astronomy, the Ming Dynasty built an observatory in Beijing in 1442. The observatory covers 1,000 square meters (more than 10,000 square feet).

Eight bronze astronomical instruments stand on a platform. The design of the instruments reflects both the influence of oriental craftsmanship and the European Renaissance demonstrating an understanding of measurements and physics.

In 1955, a new hall covering 7,000 square meters (more than 75,000 square feet) was built, and it opened to the public two years later. It has an exhibition hall, a video projection room and observatory for everyone.