Spilling oil is something China may have in common with other countries, but who spills the most?

MSNBC reported on BP’s April 20, 2010 oil spill disaster. After an explosion that killed 11 workers and injured 17, more than 200 million gallons of crude oil flowed into the Gulf of Mexico.

A few months later in July 2010, the BBC reported on China struggling to recover from their worst oil spill disaster ever—about 18 to 28 million gallons of crude oil spilled.

China was new to this type of disaster and yet, they quickly mobilized an army of volunteers and anglers to help clean the pollution from the area around the port of Dalian, one of China’s most important strategic oil reserves.

China’s oil spill came from an explosion in an oil pipeline. Witnesses report that China may have responded faster than the US did for the BP spill in the Gulf of Mexico. The pipeline that exploded belonged to China National Petroleum Corporation.

In January 1991, As Iraqi forces withdrew from their position in Kuwait, they sabotaged hundreds of wells, oil terminals, and tankers. Between 160 million and 410 million gallons poured into the Persian Gulf.

In June 1979, the IXTOC 1 Oil Well exploded spilling 138 million gallons into the Gulf of Mexico.

In July 1979, 90 million gallons of oil spilled into the ocean 10 miles off the coast of Trinidad and Tobago.

In February 1983, 80 million gallons of oil spilled into the Persian Gulf during the height of the Iran-Iraq war when an oil tanker hit the Nowrux Field Platform causing a leak that couldn’t be capped for months because the platform was under constant attack by Iraqi planes.

Foreign Policy Magazine didn’t list the Exxon Valdez oil spill of March 1989 where about 11 million U.S. gallons of oil spilled into Prince William Sound. For a more complete list of global oil spills, check this list on Wikipedia. Make sure to scroll all the way to the bottom of the page so you don’t miss anything. You may notice that only 3 are listed for China versus the 62, I counted for the U.S.

Is this the price we must pay for a world that depends on oil/coal for electricity and transportation while the oil and coal industries all but ignore alternative sources of power, and people like the Koch brothers often succeed at pressuring the U.S. government to do little to nothing? 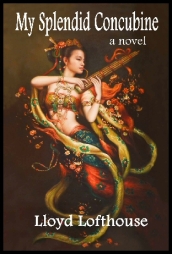 This entry was posted on Tuesday, September 16th, 2014 at 05:00 and is filed under America, business, capitalism, China, economy, environment. You can follow any responses to this entry through the RSS 2.0 feed. You can leave a response, or trackback from your own site.

13 Responses to Spilling oil is something China may have in common with other countries, but who spills the most?