What is it about the Asian Culture?

On Tuesday January 13, I briefly mentioned the 6th Annual Asian Heritage Street Celebration that took place in San Francisco on May 15, 2010. This post continues with that event.

There were Chinese, Thai, Tibetans—and even the Falun Gong (using another name to disguise who they were)—a free Burma booth, and booths for Dragon Boat Races, and the Lion Dance.

I was there with President Margie Yee Webb of the Sacramento branch of the California Writers Club (CWC), Frances Kakugawa, and Teresa LeYung Ryan. That year, the CWC’s booth was in front of the San Francisco library. 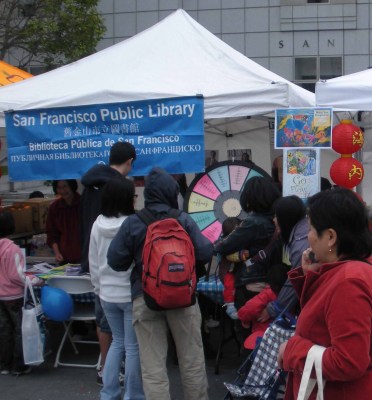 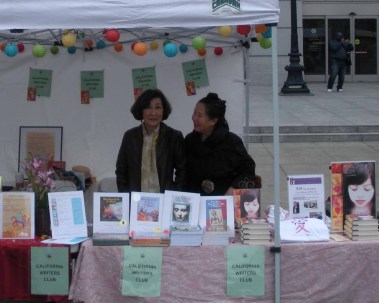 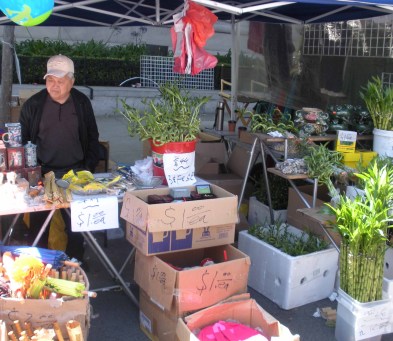 It’s estimated that 100,000 people attends this street celebration each year.

Many people stopped by our booth to talk about China and/or buy books. By noon, I went for a walk toward Little Saigon. Booths lined the street for blocks. It was obvious from what I saw that all of Asia’s cultures have been influenced by China one way or another.

The Chinese believe in lucky symbols and bamboo plays a part in that belief.  China was the super power in Asia for more than two thousand years. At one booth, I stopped to take a few photos of a Chinese band playing traditional Asian music.  All the instruments I’ve written on this Blog about were there. 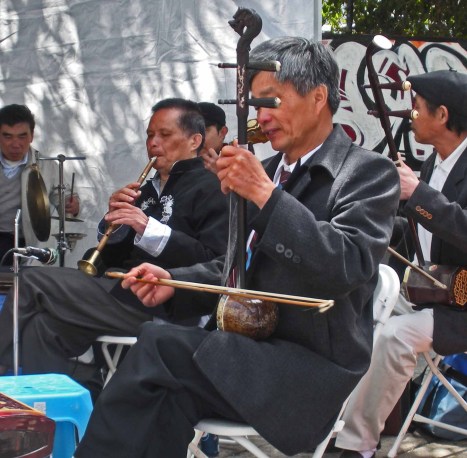 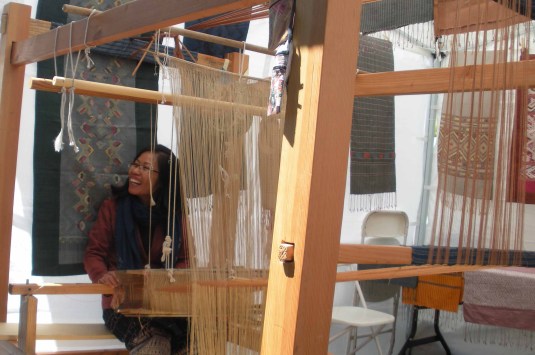 The silk trade started in China and there was a booth with a woman creating tapestries from silk thread.

Even the Glamour and Grace of Miss Chinatown USA was represented.

It was a long and rewarding day that went by too fast, but it was a harmonious day.

When I was still teaching (1975-2005), I learned that by the third generation, the children of most immigrants are assimilated by American culture.

In fact, American Asians, including Chinese, tend to graduate from high school with higher GPAs and complete college at rates more than any ethnic group—including White—in the United States. For instance, the Institute of Education Sciences reports that in 2011-12, 93% of Asian/Pacific Islanders; 85% of Whites; 76% of Hispanics and 68% of Blacks, graduated from high school on time.

Why is education more important to Asian Americans than the other ethnic groups? When I say important, I support that claim by the graduation rates and not by what someone might say. Saying an education is important to you and then you don’t graduate, reveals the truth.

I think the answer is simple, and I’ve talked about this before in other posts—the collective family culture with a strong belief in the importance of education and respect for teachers and elders, and the public schools where I taught for thirty years had a small percentage of Asian students. Most of them always earned higher grades and were concerned about any grade lower than an A. Even an A- minus might worry some Asian-American students. I also seldom had behavior problems from the Asian-American students I taught in the same classes where every racial group was represented. 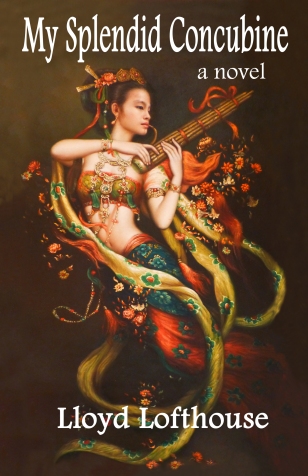 This entry was posted on Wednesday, January 14th, 2015 at 05:00 and is filed under America, American culture, China, Chinese Culture, cultural differences, education, family values, parenting, United States. You can follow any responses to this entry through the RSS 2.0 feed. You can leave a response, or trackback from your own site.

One Response to What is it about the Asian Culture?