Jingyun Dagu is a form of Chinese opera where stories are often sung in a Beijing dialect accompanied by a drum along with one or two other musical instruments.

The focus is on the singing that depicts stories in short episodes.

One super star of Dagu was Luo Yusheng, who was born in 1914, and died at 89 in 2002. Her stage name was Xiao Caiwu. She studied under Su Huanting at the age of nine in order to play Laosheng (old man) roles in Peking Opera. At 14, she gave performances in singing without musical accompaniment in Nanjing, before she formally switched to Jingyun Dagu at the age of 17.

In 1934, Luo Yusheng studied at the Liu School of Jingyun Dagu (storytelling in Beijing dialect while beating a drum, accompanied by two or three persons who play three-stringed instruments).

At one time she was well known by most of China, and her fans called her the Queen of the Golden Voice.

After the PRC was founded in 1949, Dagu singers were regarded as people’s artists or actors, who sang traditional stories and new operas with themes reflecting contemporary life. For instance, patriotic Communist stories like Glorious Journey, Red Flag Over Mount Everest, and Patriotism and Roaring Waves.

The singer/drummer is often accompanied by the Sihu (a four-stringed instrument similar to an Erhu) and Pipa (lute) in addition to three-stringed lutes and wooden clappers. China Culture.org. 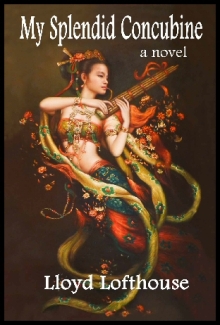 This entry was posted on Wednesday, November 5th, 2014 at 05:00 and is filed under China, Chinese arts and music, Chinese history, Chinese women, cultural differences. You can follow any responses to this entry through the RSS 2.0 feed. You can leave a response, or trackback from your own site.