Was China’s ShangDi the God of Creation?

China is the oldest, continuous civilization on earth. Ancient records date back to about  2500 B.C. and coincides with the Biblical timeline, which shows that the great flood took place around 2344 B.C. Bible Study – Flood

Ancient Chinese myth has their first king, Fu-hi or Fohi (Chinese Noah) making his appearance on the Mountain of Chin surrounded by a rainbow after the world had been covered with water.  Myth says this Chinese Noah also sacrificed animals to God.

According to Silvia Videler, the Miao tribe of Southwest China has a similar myth. The Miao think God destroyed the world by flood because of the wickedness of man. The Miao myth also says Nuah (Noah) had three sons: Lo Han (Ham), Lo Shen (Shem), and Jah-hu (Japheth).

“One of the earliest accounts of the Border Sacrifice is found in the Shu Jing (Book of History), compiled by Confucius (551 to 479 B.C.), where it is recorded that Emperor Shun (2256 to 2205 B.C.) sacrificed to ShangDi.” Answer in Genesis

ShangDi is the High God of the ancient Chinese.  He was worshiped as the Creator God for thousands of years. ShangDi was known as the Heavenly Ruler and the Chinese emperors were known as the Sons of Heaven.  No other god was higher or more powerful.

While the ancient Egyptians, Greeks and Romans worshiped many gods, the Chinese worshiped one God above all others, ShangDi. If true, that would mean the Chinese might have believed in God longer than the Jews, Christians or Muslims.

In fact, it appears that the Chinese believed in God (ShangDi) without an organized religion for more than four thousand years. 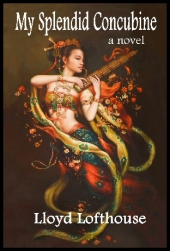 This entry was posted on Wednesday, October 1st, 2014 at 05:00 and is filed under China, Chinese history, history. You can follow any responses to this entry through the RSS 2.0 feed. You can leave a response, or trackback from your own site.

3 Responses to Was China’s ShangDi the God of Creation?