Taking the train to Tibet

Many know Tibet as the Roof of the World. For centuries, Tibet was isolated mostly because it was difficult and time consuming for anyone to go there—even armies.

In 1903, the British Empire sent an army to Tibet to protect its interests, and it took a year for Sir Francis Younghusband’s invasion force to reach Lhasa in August 1904.

A book was written about that invasion, The British Empire & Tibet 1900-1922. Asian Affairs says, “The great value of Dr. Palace’s study is to highlight the much neglected China angle to the Tibetan issue … [this book is] helping to indicate the very important place of the Tibetan affair in the story of Western imperialism”

Today, the journey to Tibet is not as daunting.  Besides an airport, there is the train that leaves Beijing and arrives in Lhasa forty-eight hours later. The length of the rail line is 1,215 miles (1,956 km), and it was opened for travelers July 2006.

Tourists, both foreign and Chinese, take the train to Tibet to learn more about the people while others stay—changing the demographics.

One Western tourist, who had been to Tibet twice, said that the ethnic groups in Tibet are not mixing together. She said there was a Chinese area and another where Tibetans lived.

Makes sense—in American cities emigrants tend to stick close to their ethnic/cultural group. In the past, there have been Irish, Jewish, and German communities, and today there are Vietnamese, Latino or Chinatowns. 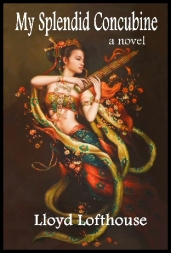 This entry was posted on Tuesday, September 30th, 2014 at 05:00 and is filed under China, Chinese history, history, politics, Tibet. You can follow any responses to this entry through the RSS 2.0 feed. You can leave a response, or trackback from your own site.

33 Responses to Taking the train to Tibet