Before reading this series about Mao’s Great Leap Forward, I recommend you first read China, The Roots of Madness to understand what led to Mao’s era as the leader of Communist China (1949 – 1976). This link will take you to that post.  When you finish, return to China’s Great Leap Forward.

Mao’s era begins in October 1949 with victory celebrations in Beijing, as the country with the largest population in the world sees a Communist government come to power.

(when the advertisement appears, advance the video scroll bar to 2:00 minutes to avoid it)

Mao says, “The People’s Republic of China is founded today. China will be free of inequality, poverty and foreign domination.”  In 1950, most Chinese live as they have for centuries. The video shows what this life was like.  Before Mao, most lived in poverty and were in debt to landowners.

Hu Benxu, a peasant farmer in Sichuan says that in the past, there was justice for the rich but nothing for the poor. 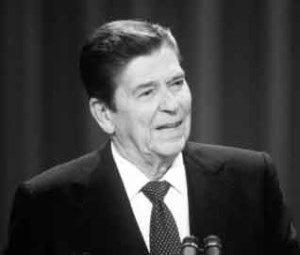 Chiang Kai-shek believed that improvements would spread through the country (sort of like President Reagan’s trickledown theory, which didn’t work) as foreign investments poured into China. But the opposite happened. As the country industrialized, the gap between the rich and the poor grew wider. The rich held on to money and wanted more. Protests about working condition in the factories were met with death from Chiang Kai-shek’s troops.

Meanwhile, Mao promised land reforms, and his troops treated the peasants with respect. When Mao won China, he said, “We Chinese should work hard. The country is poor. Our people are uneducated.  We must make China a modern industrialized state.”

However, there would be many mistakes and much suffering during the next 27 years. After two thousand years of an Imperial system of government, China was embarking on a journey of reinventing a country and a culture without any foreign influence.

This entry was posted on Monday, June 21st, 2010 at 12:00 and is filed under China, Chinese Culture, Chinese history, politics. You can follow any responses to this entry through the RSS 2.0 feed. You can leave a response, or trackback from your own site.