Food Safety in the People’s Republic of China

A friend sent me a piece about tainted supplements in the United States.  One paragraph grabbed my attention.

“In recent years, a vast majority of supplement suppliers have located overseas — principally in China. Nearly all of the vitamin C and many other supplements consumed in the United States are made from ingredients made in Chinese plants. Those plants are almost never inspected by the FDA because the agency is not required to do so, has little money to do so and does not view the plants as particularly risky.” Source: New York Times 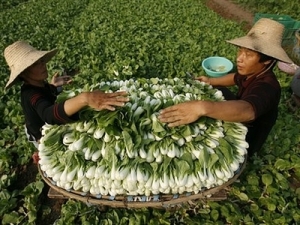 China has an agency that is similar to America’s FDA. It’s called The State Food and Drug Administration (SFDA) and was founded in 2003 as part of an effort to improve food safety. Today, there are about ten government departments and ministries under the State Council responsible for food safety in China. (Information about China’s SFDA)

Evidence that China is serious about food safety happened on July 10, 2007, when Zheng Xiaoyu, the former head of the SFDA was executed by lethal injection for taking bribes from various firms in exchange for state licenses related to product safety.

In fact, until the 1906 Food and Drug Act, America did not have an FDA (Source: FDA Early History), and recently the Union of Concerned Scientists revealed that hundreds of agency scientists had been pressured to approve a drug despite reservations about safety.

This entry was posted on Thursday, May 27th, 2010 at 08:00 and is filed under America, China, Chinese food, government, politics. You can follow any responses to this entry through the RSS 2.0 feed. You can leave a response, or trackback from your own site.