In The Ant and the Grasshopper, as retold from Aesop’s fable and illustrated by Amy Lowry Poole, the grasshopper plays, while the ants work and save diligently gathering grain for winter. The ants urge the grasshopper to prepare for hard times, but the grasshopper will not be bothered.

After all, under Confucianism, absolute obedience to authority, a strict family structure and hard work have been valued for more than two millennia so the ants keep working while grasshoppers play. 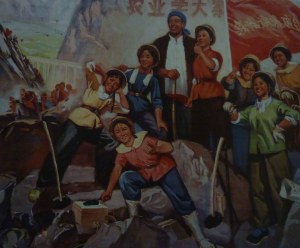 In Time to Defriend China, Elizabeth Economy (Is that really Liz’s last name—Economy?) and Adam Segal say we should stop negotiating with China. This post at the “Foreign Policy” Blog, like the grasshopper in Aesop’s fable, is self-centered and out of touch.

Liz and Adam say China isn’t cooperating globally as if China has an obligation. They say, “The sticking points in U.S.-China relations are mirrored in China’s relations with much of the rest world. The European Union and Japan, for example, find it no easier to negotiate with China on issues such as trade, climate change, cyber conflict and the Dalai Lama.”

Really— climate change and cyber conflict? Didn’t China recently announce they were going to cut carbon emissions by 40% or more in the next few years while President Obama thought the US might reach 17%? As for cyber conflict, that’s a two-way street, and the Dalai Lama’s claims are a mix of big lies and small truth.

Meanwhile, China has its hands full with a greater challenge—the 1.2 billion Chinese outside the Communist Party who expect a better life.

In 1950, China was generating 0.005 kilowatts of electricity and much of the country was without.  Under Mao, there was the tragedy of The Great Leap Forward and The Cultural Revolution costing tens of millions of lives. It wasn’t until Mao was gone that China started modernizing and improving the lifestyles of hundreds of millions of people.

Today, China is breaking records building modern cities and growing the second largest economy in the world and with a savings account. However, China still has 750 million people without proper medical care, electricity or modern connivances. In addition, they have problems with Tibet and with the Uyghurs in Xinjiang Province, who want to break free with support from Hollywood and maybe the CIA.

Then there is the Taiwan issue. If the US had not interfered in 1949, that issue would not exist. Taiwan would be part of China today and America would have a larger Chinese population.  Don’t forget that the Kuomintang until the 1980s, was a dictatorship that America supported and the Taiwanese were burdened with martial law for more than thirty years.

When China meets its goals at home, then “maybe,” China will be willing to help the West. 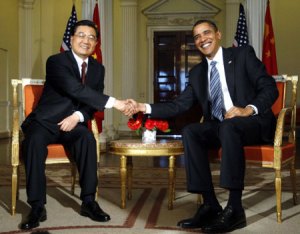 Instead of walking away from negotiations as Liz and Adam suggest, the US and the rest of the developed world should find ways to offer a win-win situation that helps China meet its internal goals. How will China do that if they allow the global exchange rate for their currency to fluctuate putting millions of Chinese out of work? If America wants to grow jobs, the US must find ways to do so without hurting the Chinese worker any more than these people have already been hurt. Since the 2008 global economic crises caused by American greed, more than 20 million Chinese workers lost their jobs and 70,000 factories went out of business.

Like those ants in the fable, don’t expect the Chinese to come running to rescue nations that squandered their future while China is still building one. A better opinion on this topic might be this one from Martin Wolf in the Financial Times.

This entry was posted on Wednesday, May 26th, 2010 at 16:00 and is filed under America, China, Chinese Culture, Confucianism, cultural differences, economy, politics. You can follow any responses to this entry through the RSS 2.0 feed. You can leave a response, or trackback from your own site.