A century later, about 1529, another Ming Emperor burned all records of the fleet. This decision to withdraw from the world may have resulted in China not being ready to confront the Western Imperial powers that would arrive in the 19th century starting the Opium Wars, which would devastate China.

The voyages of Chinese Admiral Zheng He’s armada were rediscovered in Fujian province in the 1930s. The story was etched in a pillar. By the final, seventh voyage, the fleet had covered over 50,000 kilometers or 30,000 miles and was comprised of three hundred ships and 28,000 men.

By comparison, Christopher Columbus set sale in 1492 with 3 small ships and 88 men. Erik the Red, a Viking explorer, also crossed the Atlantic in even smaller ships to build a settlement in Greenland around 1,000 AD. Some archeologists suggest that the Phoenicians may have reached the Americas before the Vikings and Columbus around 500 BC. Some even say as early as 1500 to 1200 BC.

A joint Chinese-Kenyan expedition of archaeologists continues to search for a ship from Zheng He’s fleet, which may have sunk during a storm near the Lamu islands. ( Old Salt Blog )

Many layers of myth surround China’s ancient mariner. According to Kenyan lore, some of his shipwrecked sailors survived and married local women.

DNA tests have reportedly shown evidence of Chinese ancestry and a young Kenyan woman, Mwamaka Shirafu, was given a scholarship to study Chinese medicine in China, where she now lives.

In addition, National Geographic.com reports on the discovery of an ancient burial site found in Kenya’s Lamu archipelago: “These burial places, with their half-moon domes and terraced entries, were virtually identical to the classic Ming tombs that dot hillsides above Chinese ports from which shipwrecked Treasure Fleet sailors might have hailed.” 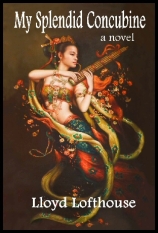 The Yongle Emperor’s father, Zhu Yuanzhang (Emperor Hongwu) would have seen his son as unfilial, which means not observing the obligations of a child to a parent—even after the parent is dead.

When Yongle opened China, he demonstrated disrespect for his parent. Instead, he should have continued supporting the closed-door policy his father had instituted.

In Chinese society, to maintain a well-controlled country or a peaceful world requires the children to love and respect his or her parents even after death.

In fact, filial piety is not only a foundation of morality in China but also a fundamental basis of Chinese culture.

This also explains why each of China’s current presidents continues supporting the policies of the former president and Deng Xiaoping.

For change to take place in China, it usually comes slowly. Filial piety is the reason the People’s Liberation Army did not remove Mao during the Cultural Revolution and waited until he was dead to act.

However, when the Yongle Emperor acted against his father’s wishes, he demonstrated courage because he knew many in the imperial court would consider him unfilial.

Emperor Yongle commissioned building the great fleet that Admiral Zheng He sailed as far as Africa.

Admiral Zheng He was selected to command because he was an organizer, a diplomat and could be trusted. He was not a merchant or a conqueror.

Although during this time, many Chinese immigrated to Southeast Asia, the Yongle Emperor had no interest in establishing colonies outside China.

In the north, it was a different story. Emperor Yongle had to deal with ceaseless attacks by the Mongolian tribes.

For the first time in centuries, an emperor sent a Chinese army of 100,000 beyond the Great Wall to end this threat and bring peace to China.

When the nomadic tribes retreated, a larger army was raised and sent after them.

Return to Emperor Yongle of the Ming Dynasty – Part 2

The Ming Dynasty was the golden age of porcelain making. Each area and/or city in China that produced porcelain had its own specialty.

Most of the porcelain products that Admiral Zheng He took on his voyages were from China’s capital of porcelain in Jingdezhen.

By the time of the Ming Dynasty, there were about 20 kilns in Jingdezhen producing porcelain for the exclusive use of the Imperial family.

However, porcelain was also produced for the common people and for trade.

Again, the process of porcelain production was similar to a modern day assembly line. Sorry, Ford.

Chinese porcelain became famous throughout the world.  Merchants from all of Europe and the Middle East were doing business with China.

For example, the amount of china one nation, the Netherlands, imported came to about 16 million pieces.

While Zheng He was on his voyages, the Forbidden City, the largest palace in the world, was being built in Beijing. Classical Chinese construction involved eight separate tasks, which have changed little in thousands of years.

Jin Hongkui, Deputy Curator of the Palace Museum says, “The golden yellow tiles of the Forbidden City contain many details that might go unnoticed by a less observant eye.

“For instance, each tile on the roof of the Hall of Supreme Harmony has a miniature dragon sculpted on the tile’s head…

“These small details are a sharp contrast to the grand scale of the palace and this highlights the harmony of artistic and architectural effort that went into the Forbidden City.”

At the same time, the Temple of Heaven was being built in another part of Beijing.

After moving the capital from Nanjing to Beijing, the Yongle Emperor ordered that a huge bell be made to commemorate his exploits.

The reason for moving the capital was to consolidate defenses in the north since the Mongols, Manchu and other nomads lived to the north and were a threat to an agricultural culture such as China.

Producing such a massive bell even today would be an extraordinary job. The master bell makers used the clay mould casting technique—a method used for three thousand years so the Chinese were experienced.

Since there wasn’t a furnace large enough to melt that much bronze, the bell makers used several furnaces at once — another example of an assembly line.

The bell was poured in one casting, which meant that the furnaces had to be coordinated to poor the molten bronze. To be successful, there could not be one mistake.

Because of the threats to China from northern nomads, the five thousand kilometer long Great Wall had been built as a first line of defense from invasion.

The Great Wall was high, long and solid since it was constructed of massive slabs of stone. Construction had started two thousand years earlier and work had continued up to the Ming Dynasty.

During the twenty-eight years between 1405 and 1433 AD, the fleet commanded by Zheng He made seven voyages to Southeast Asia, the Indian Ocean, the Red Sea and Africa’s east coast.

Ming navigators kept detailed charts and the fleet was never lost while at sea.

In the last post, I wrote about Zhang Heng, the man who invented the first seismograph centuries before anyone in the West would consider it.  In this post, you will discover that the Chinese were the first to notice that the lodestone pointed one way, which led to the invention of the compass. The first compass was on a square slab, which had markings for the cardinal points and the constellations. The needle was a spoon-shaped device, with a handle that always pointed south.

Archeologists have not been able to discover the exact time the ancient Chinese discovered magnets. But it was first recorded in a book, Guanzi, written between 722 BC – 481 BC.

Later in the 8th century AD, magnetized needles would become common navigational device on ships. The first person given credit for using the compass  in this way was Zheng He (1371 – 1435), who made the voyages made famous in book by Louise Levathes, When China Ruled the Seas.

Since the Chinese value education above all else, including business and the military, it makes sense that Chinese invented and used devises like the compass and the seismograph centuries before the West did.

Besides being used to avoid getting lost, the Compass was also considered a symbol of wisdom. About the 12th century, through trading, the technology spread to Arabia and last to Europe.

Learn about the seismograph and/or The First Emperor: The Man Who Made China