I’ve watched Star Trek since the 1960s and have seen most of the spin offs.  In the Star Trek Universe there are many cultures and races—far too many for even Christians or Islam to convert since that seems to be a driving force behind both of these major religions even if it means using war and violence to make it happen. 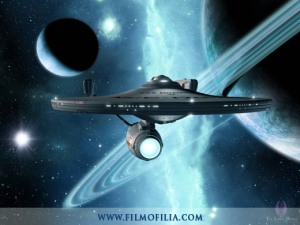 One way to look at this is to consider cultures and countries like China, Japan, both Koreas, Vietnam, Thailand, Singapore and others as if they are light-years away from Western culture.

If the US sent a spaceship to a far off world around another star and discovered a culture that was alien to our way of life, but these aliens had powerful, modern weapons and a strong military to defend themselves there would be no way to force them to change as the West did to so many cultures during the 19th century and a good portion of the 20th.

But what if this culture around that foreign star had products and materials  we wanted or needed for our civilization to survive. To do business with them, we would have to accept that culture the way it was and not attempt to change them or judge them as if that planet were an American Territory to be terrorized and converted.

None of the Asian cultures on our earth developed from Christianity, Judaism or Islamic roots. Even our staunchest allies in Asia, Singapore and Thailand, are Asian cultures with governments that do not fit the America model.

What does loss of Face mean to most Chinese?