When critics accuse the Chinese of stealing technology from the West, consider that China was the most technologically advanced nation in the world for more than two thousand years until the middle of the 19th century.

One example of China’s technological abilities was when the first seismograph was invented in 132 AD.

When Zhang Heng‘s device measured an earthquake in 134 AD, he predicted the location.

Han Ministers did not believe the scientist. Then a courier arrived and reported that an earthquake had taken place where Zhang said it did.

In 1951, Chinese scientists from China’s National Museum worked on recreating Zhang Heng’s seismograph. Since there was a limited amount of information, it took until 2007 to complete the reconstruction.

In comparison, it wasn’t until the 18th century (AD), about seventeen hundred years later, that there was any record that Western scientists even worked on developing a seismograph.

The Chinese were the first to notice that the lodestone pointed one way, which led to the invention of the compass. The first compass was on a square slab, which had markings for the cardinal points and the constellations. The needle was a spoon-shaped device, with a handle always pointing south.

Archeologists have not been able to discover the exact time the ancient Chinese discovered magnets. However, it was first recorded in the Guanzi, a book written between 722 – 481 BC.

The first person given credit for using the compass in this way was Zheng He (1371 – 1435 AD), who went on the voyages made famous in a book by Louise Levathes, When China Ruled the Seas.

Since the Chinese value education above business and the military, it makes sense that Chinese invented and used devices such as the compass and the seismograph centuries before the West did.

The Compass was also considered a symbol of wisdom. About the 12th century, through trading, the technology spread to Arabia and then reached Europe.

Imagine the rise of civilization without paper.

In fact, without paper to print books that spread ideas, would men have walked on the moon?

Papermaking is one of the four significant inventions from ancient China. Almost 2,000 years ago, Chinese discovered how to make paper.

In 105 AD, Cai Lon invented a way to make paper and submitted his discovery to the Han emperor.

This method soon spread to the rest of China, and the emperor rewarded Cai Lon by making him a member of the nobility.

The basic principles of papermaking invented by Cai Lon are still in use today.

To make paper was a six-step process, and properly manufactured paper lasts for centuries.

In fact, Buddhism arrived in China about the time of the invention of paper and this helped spread Buddhist ideas, which contributed to the spread of civilization.

By the 12th century, more than a thousand years later, the paper making process reached Europe, which may have contributed to the Renaissance of the 12th century and what followed.

When we talk about paper and printing, we are talking about collecting knowledge, preserving and sharing it.

In fact, Ancient Chinese culture was preserved due to the invention of paper and these printing methods, which wouldn’t reach Europe until after 1300 AD, centuries later.

Once there were mass produced paper books being printed to share Buddhist ideas, the religion spread through China into Korea and Japan. The same happened in the West with the Gutenberg Bible and the spread of Christianity in the 1450s.

In China, for a thousand years, printing techniques improved until there were multi-colored printings.

Then during the Sung Dynasty (960 -1276 AD), the printing board was invented, which used clay characters. One character was carved into a small block of clay. Then the clay was put in a kiln to heat into a solid block. This method was efficient for printing thousands of sheets. These blocks would be placed together to create sentences and paragraphs of Chinese characters.

Later, the characters were carved into wood and over time, printing developed into an art.

Without the Chinese invention of printing, Christianity, Islam and Buddhism may not have spread to the extent that they have.

Sulfur is the main ingredient for gunpowder, which was first developed during the Tang Dynasty (618 – 907 AD).

During the Northern Sung Dynasty, in 1044 AD, the book “Essentials of Military Art” published several formulas for gunpowder production.

Several ingredients for gunpowder were in wide use for medicinal purposes during the Spring and Autumn Period of China’s history (722 – 481 BC).

According to the famous book “Records of History”, Chang Sangjun shared secret prescriptions with Pien Ch’iao (around 500 BC), who promised not to give the secret away, and then he became famous as a doctor of Chinese medicine.

In fact, gunpowder was discovered by accident.

While mixing ingredients to find an elixir for immortality, Chinese scientists stumbled on the formula.

Fireworks and rockets were invented but were first used to scare away evil spirits.

The irony is that gunpowder, which has killed millions when used as weapons, was discovered during the search for immortality.

One theory says that the knowledge of gunpowder came to Europe along the Silk Road around the beginning of the 13th century, hundreds of years after being discovered in China.

It is also ironic, that Britain and France used advanced gunpowder weapons to defeat China during the 19th century during the Opium Wars.

Note: There were more inventions than this short list shows. If you read the comments for this post, you will discover a few more. 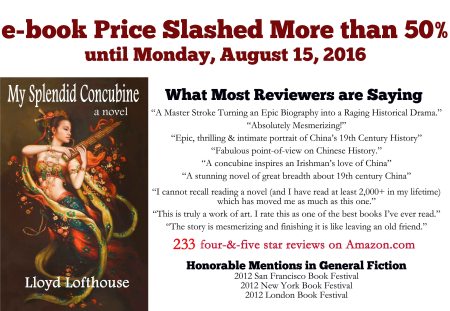 Many who live in Western democracies love patting themselves on the back and feeling superior to the rest of the world.

In The Economist for October 16, I found Innovation in China — Patents, yes; ideas, maybe, which demonstrates how ignorant some are about China.

Since The Economist’s home office is in London, the magazine represents more than the American media—it represents the Western media and this piece was written in Hong Kong.

This isn’t the first time I’ve read about China’s reputation for trampling intellectual-property rights and that an authoritarian government couldn’t possibly compete with a democracy when it comes to innovation.

However, the conclusion points out that China is becoming more innovative and is starting to be serious about protecting intellectual property rights through China’s changing legal system.

What The Economist piece misses is that democracies do not hold a patent on innovation. For more than two millennia, innovations were rampant in an authoritarian China ruled by emperors without much of a legal system. The usual form of punishment was decapitation.

In fact, the list of innovations from ancient China is long and historians are starting to revise the textbooks to show that most of what we have today came from an authoritarian China.

To learn more about the innovations that originated in Imperial China then found a way to the West centuries later, I suggest reading Paper, Printing, Gunpowder, Crossbow and other Inventions, Machines of China, and China Points the Way.

I’m sure there are those who will deny the West “borrowed” these innovations from China and claim that the West reinvented them, but the evidence shows that these ideas traveled West along both the north and south Silk Roads as early as the Roman Empire more than two millennia ago. It just took time for the West to learn how to copy what the Chinese invented then claim it was the West that came up with the ideas.

Too bad that the patent laws, lawyers and courts of today didn’t exist then. Imagine the settlements over these ancient Chinese innovations, which revolutionized the world we live in today.