He is referred to as the father of modern China.  If there were no Sun Yat-Sen and his revolution, there might not be a modern China as it is known today.

While attending a Christian school in Hawaii (1882), he converted to Christianity, which shaped his revolutionary future. It was obvious that his writing was influenced by American thought. With the support he received from the Hawaiian Chinese community, he networked with Chinese people all over the world.

He went on to publish revolutionary ideas seeking to overthrow the Manchu Dynasty and create the Republic of China. In 1904, he wrote that he wanted to model China’s government after America but by combining Western thought with Chinese tradition.

Yet, he was considered an idealistic dreamer—that his ideas were impractical. He said, “The whole world is one family.” (1910)

In 1882, when Sun Yat-Sen was exposed to American politics, the United States was a republic—not the democracy we know today—and women did not have the right to vote yet. What type of republic do you think he wanted for China—one closer to the America of 1882 or today?

Discover The Roots of Madness

The IGNORANCE Factor of Bias – Part 1/5

On December 30, 2011, Troy Parfitt, whom I debated in this Blog, left a comment to another post I wrote, Comparing India and China’s Potential for Economic Growth.

In our debate, one of Parfitt’s tactics was to often throw out short claims/opinions as if they were bullets from a machine gun while cherry picking the facts [also known as confirmation bias, my-side bias and verification bias] used to support his opinions, which he treated as facts.

If you doubt my claim, read the entire debate and see if even once Parfitt admitted his beliefs were nothing but his personal opinions subject to bias.  And mark my words, all opinions are subject to bias unless supported by a vast majority of facts that are not cherry picked.

Confirmation bias is a tendency of people to favor information that confirms their preconceptions or hypotheses regardless of whether the information is true. These biases appear in particular for emotionally significant issues and for established beliefs.

For this sort of bias to succeed in winning over others, it often depends on the ignorance of the people.

Mr. Parfitt said in his comment,  “So, if China is a republic, and Sun Yat-sen wanted a republic based on the American model, has SYS’s dream been realized in China? One of the tenets of Sun’s philosophy was democracy. Has China achieved democracy?”

My answer to this question is easy but the longer explanation to counter Parfitt’s misleading confirmation bias will appear later in this series of posts.

The short answer is YES, what Sun Yat-sen may have envisioned as a republic for China may have been achieved more by today’s Chinese Communist Party [CCP] than Taiwan.

In fact, we will never really know exactly what Sun Yat-sen wanted as a Republic in China, since he died in 1925 before he achieved his dream of unifying China.

However, we can gain a better idea of what his vision may have been by discovering what it was like in Hawaii and America at the time Sun Yat-sen lived in Hawaii before it was a territory of the US.

In fact, a commission during the administration of President Grover Cleveland [1885–1889 and 1893–1897] concluded that the removal of Queen Lili’uokalani was illegal, and the U.S. government demanded that she be re-instated.

Then in 1993, a joint Apology Resolution regarding the overthrow of Hawaii’s Queen was passed by Congress and signed by President Clinton, apologizing for the overthrow of the Hawaiian Kingdom.

Christ once said let he who has no sin cast the first stone.

The topic of the next few posts will be about minority native treatment in China and America. As I have done before, I will compare China to America. This post will focus on the United States with some historical background.

Atrocities abound in the history books concerning treatment of Native American Indians during the sixteenth to nineteenth centuries. The Spanish destroyed the Aztec and Inca civilizations with disease and warfare. The Catholic mission system in California enslaved American Indians.

After the Civil War, the United States military was sent west and drove North American Indians from the land they had lived on for thousands of years and slaughtered men, women and children—millions died. Today, many of the surviving natives live in horrible poverty on reservations. 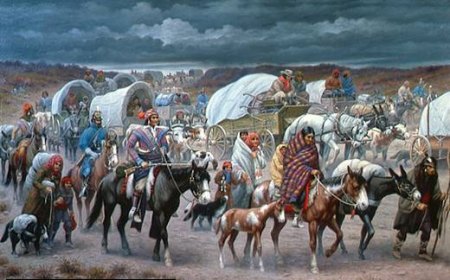 Then the American government grabbed Hawaii from the native Hawaiian people against their will. (There’s a native Hawaiian nonviolent separatist movement asking for freedom from America.)

It is always good to have the facts before passing judgment, and history counts.

Discover more at An American Shadow over the Philippines