The History that Drove Mao’s Decisions as China’s Leader: Part 2 of 2

Imagine how Americans would have felt if China had deployed several of its army divisions in the United States to protect the Chinese living in America after the racist and discriminatory Chinese Exclusion Act was signed into law by U.S. President Chester A. Arthur on May 6, 1886—this law would not be repealed until 1943.

Then there was Mao surviving Chiang Kai-shek‘s crack down on the labor movement led by the Communist Party. During World War II, Mao’s army not only fought Chiang Kai-shek’s troops but also the Japanese, who killed between 10 to 20 million Chinese in their attempt to conquer China.

The peasants trusted Mao’s troops but did not trust Chiang Kai-shek’s army. Do you know why?

Mao believed that socialism would create a better life for the Chinese. His failures were attempts to make China strong enough to defend his country against the foreign meddling and invasions that had plagued China since the 1850s.

Regardless of all the horrible facts the Western media keeps reminding the world about, there are a few facts that are not well known in the West about Mao and China—when Mao became the leader of mainland China in 1949, the average lifespan in China was age 35. When Mao died in 1976, the average lifespan had increased by twenty years to age 55—today the average life expectancy is almost age 75. In addition, the population of China was 400 million in 1949. Twenty-seven years later at the time of Mao’s death, China’s population had increased to 700 million.

These two facts alone call into question many of the alleged and inflated claims of deaths and suffering caused by the mistakes of the Great Leap Forward famine and the national insanity of the Cultural Revolution that are often trumpeted by China’s critics—some are quite rabid and idealistic and are more than willing to inflate and exaggerate the facts that are known.

Mao was not perfect by any means but even the Chinese—after his death—credited his leadership as 70% good and only 30% bad. You may not agree with this assessment, but did you live in China during and before the Mao era? Have you any idea how horrible life was for most Chinese before 1949?

Return to or Start with The History that Drove Mao’s Decisions as China’s Leader: Part 1

From The Opium Monopoly by Ellen N. La Motte, we learn how opium addiction became an epidemic in China. Although The Chinese knew about opium for more than a thousand years, it wasn’t until the Portuguese arrived in the 18th century that  the Chinese used it as a drug by smoking it. Merchants from Britain, France, Portugal, America and other nations became the drug cartels that plagued China into the 20th century.

It is estimated that before 1950, as many as 20 million Chinese were drug addicts. To solve this problem, Mao had the People’s Liberation Army execute the drug dealers and forced millions of addicts into compulsory treatment—all in twenty-four hours. 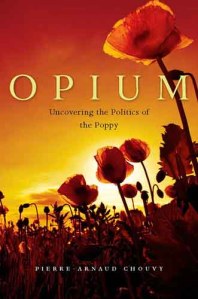 Opium growers, who did not want to comply, fled into the Golden Triangle Region of Southeast Asia where many of Chiang Kai-shek’s nationalist troops had gone to escape defeat. Those generals also did business with the CIA, and American soldiers in Vietnam became the new customers. It is estimated that at least 20% of the almost nine million American troops that served in Vietnam became addicted.

China remained free of drugs until Deng Xiaoping declared, “Getting Rich is Glorious” and opened China to world trade. In 2003, it was estimated that China had four million regular drug users—even with China’s strict laws concerning illegal drug use.

And in America, where human rights are king, drug users and sellers often end up in prison costing taxpayers an average of $47,000 annually for each of the more than 2-million convicted criminals that are locked up explaining why America has more people serving time in prisons than any other country on the planet—that price tag is more than $90-billion a year.

Lovell’s reason for writing this book was to “see whether things really were as black and white as the Chinese textbooks seem to say it was.”

If you check to see who runs ACN Newswire, you will discover it is an associate company of Japan Corporation News K.K., which may mean nothing or everything when it comes to a nonfiction book that aims to make the Chinese look as guilty as the British regarding the Opium Wars.

Julia Lovell says, “It wasn’t a clear-cut story of innocent Chinese on the one hand, and the British invaders on the other.”

“But even if you look at the time, what’s going on during the time of the war itself, the Chinese are supplying the British, they are navigating for the British, they are spying for the British, for a fee of course, so there is an extraordinary pragmatism,” Lovell says in the ACN Newswire press release. “They don’t necessarily feel the loyalty to the idea of the Chinese imperial centre or the emperor or anything else, they will go with where the smart money is. And the British couldn’t have won the war without this assistance.”

There are two key phrases of Lovell’s proving her theory is more complicated than she makes it sound. The first phrase says, “for a fee of course” and the second, “They didn’t necessarily feel loyalty to the idea of the Chinese imperial center or the emperor or anything else…”

In fact, little is “clear-cut” about the Opium Wars. Since the Qing Dynasty was not ruled by the Han Chinese (which represents 90% of the population), but was ruled by a brutal Manchu minority, many Han Chinese probably felt little or no loyalty to the Qing emperor.

China sees nations that share its border as its lips and questions what happens to the teeth when the lips are gone.

However, which countries are considered China’s lips?

That question may be answered by the list of countries in Asia that were part of China’s tributary system during the Qing Dynasty: Tibet, Khalkha (a subgroup of the Mongolians), Korea, Ryukyu (Okinawa), Annam (Vietnam), Siam (Thailand), Myanmar (Burma), Laos, Nepal, the Dzungar people of Mongolia, and Turpan which is now located in China’s Xinjiang Province.

Although other nations such as the United Kingdom, Russia, Portugal, the Netherlands and even the Holy See (Catholics) paid tribute to China in the 17th and 18th centuries, they are not considered part of China’s lips.

The first foreign threat in China’s sphere of influence was when Spain conquered the Philippines in 1565 – 1571. Although China did not feel threatened by Spain, the conquest did not go unnoticed.

The first serious threat to China’s lips was Japan’s invasion of Korea in 1592 with the professed goal of conquering Korea, the Ming Dynasty and then India.

However, a combined Korean and Chinese army defeated the Japanese.

Japan’s second invasion of Korea in 1597 also failed when another joint Chinese and Korean army defeated the Japanese again.

The next threat to China happened when Britain fought China during the First Opium war 1839 – 1842.  Then in 1856 – 1860, Britain was joined by France and the United States to fight and win the Second Opium War.

At about the same time in 1858, France’s navy attacked Da Nang in what is today known as Vietnam in. By 1867, a sizable chunk of Southeast Asia became a French Colony. After World War II, the Vietnamese rebelled and fought the French from 1945 to 1954.

This three part series is about the reasons behind a new weapon China is developing. This weapon is known as the DF21D, which will be described in part 3.

Suppose that the United States had just ended a century of conflict that started when several foreign nations sent naval/military power halfway around the world to force America to accept cocaine as a product to be sold to all Americans without restrictions.

The United States loses the struggle against this drug being sold to American citizens, and during the next century, more than fifty-million Americans die from more wars indirectly caused by the nations behind the drugs while a third of Americans becomes addicted to the drugs.

As this century of drug and wars end, the same nations invade Mexico and Canada. By the time the wars in Mexico and Canada end, 10 million Canadians and Mexicans have been killed by the invading armies.

For China, what I’m describing is not a “what if”.

Starting in 1839, China fought two Opium Wars and lost about 50,000 troops while the invading nations lost 3,000. The invaders were from the UK, France and, for a limited time, the US.

These nations forced China’s emperor to allow them to sell opium to his people ruining millions of lives and wrecking families due to drug addiction.

These invading nations also built enclaves and cities in China—Shanghai, Hong Kong, Macau and others.

In fact, Western nations are indirectly responsible for an 1850 rebellion started by a Chinese Christian convert who claimed to be the younger brother of Jesus Christ. When the Taiping Rebellion ended, 20 million civilians and combatants were dead.

See more about The Opium Wars