Greed, the Beast that Escaped the Bag

Greed is universal the world over. Greed drove the likes of Bernie Madoff and other billion dollar rip-offs on Wall St.  Greed also motivates citizens in China to cut corners. If the United States government can’t stop people like Madoff, why should China’s central government be able to do any better? 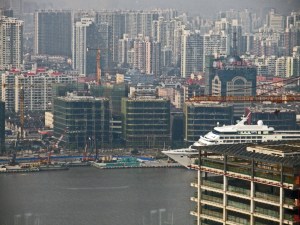 Then we have people like Zou Tao, who show us that the citizens of China are not afraid to speak out against injustices. Zou is evidence that the Chinese have a voice and use it. His is a David and Goliath story, and the Chinese Blog (http://wp.me/pN4pY-at) more than Americans.

If you are a skeptic that still believes China is a totalitarian state and everyone wears the same drab olive green uniform and marches in step, you would be surprised to discover how wrong you are, because local governments are defying Beijing.  The Chinese central government is learning the hard way how difficult it is to control a greed driven, capitalist, market economy.