There is nothing new going on in the South China Sea except recent interference and meddling by the United States in what has been a regional issue for more than two thousand years.

China’s historical claim over the South China Sea and the Spratly Islands has a long history, which is documented in detail by Dee Woo.

Woo’s final piece of evidence is a link to a 64-page document titled, China’s Sovereignty over the South China Sea islands: A Historical Perspective, which is archived at the Oxford Journals.

China’s leaders argue that they and other nations in the region can work out their differences without intervention from the United States. They allege the U.S. is intruding and attempting to make this an international issue.

The South China Sea is bordered by ten nations and includes some of the world’s most important shipping lanes and fisheries. Another motivation to possess this territory is the critically important mineral resources found there, including oil (with reserves thought to be the fourth largest in the world).

In fact, Oil Price.com explains How Oil Drives the South China Sea Conflict. “While Western geologists seem to only recently appreciate the area’s oil and gas potential, the Chinese have known it for years. Perhaps, that’s why they even refer to the South China Sea as a Second Persian Gulf and will undoubtedly continue to not only build there but defend it with rhetoric and if push comes to shove, by force.”

Historically, the South China Sea dispute is no different from any the United States has been involved in since defeating the British Empire and becoming a nation. Another example is when the U.S. paid France for the Louisiana Purchase, while millions of North American natives still lived where their ancestress had lived for thousands of years.

How can anyone buy and sell something that they never occupied or owned? The answer is that it happens all the time.

The Atlantic reports, “Europeans arriving in the New World met people all the way from the frozen north to the frozen south. All had rich and mature cultures and established languages. … Sites in the Yukon that straddle the U.S.-Alaskan border with Canada give us clues, such as the Bluefish Caves, 33 miles southwest of the village of Old Crow.

“The latest radio-dating analysis of the remnants of lives in the Bluefish Caves indicates that people were there 24,000 years ago. These founding peoples spread over 12,000 years to every corner of the continents and formed the pool from which all Americans would be drawn until 1492.”

In 1941, Europeans invaded North and South America and waged war against the people already there, and the United States continued that brutal practice after 1776, against Native Americans because of the resources and wealth that came with the land.

The more things change, the more they stay the same.  What China is doing in the South China Sea is no different than what the Europeans did in North and South America. 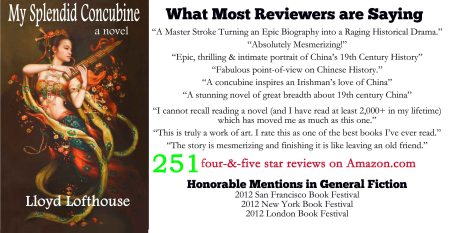 This entry was posted on Tuesday, September 25th, 2018 at 05:00 and is filed under America, China, Chinese history, economy, environment, history, military, politics, propaganda, United States. You can follow any responses to this entry through the RSS 2.0 feed. You can leave a response, or trackback from your own site.