Xuzhou in northern Jiangsu province is one of China’s best showcases of the art and historical relics of the Han Dynasty. At its height, the Han Dynasty stretched from the Pacific Ocean to Central Asia and as far south as Vietnam. Its culture had a great influence on Central and Southeast Asia.

In the center of Xuzhou on top of a mountain stands the famous horse-training terrace where the first Han emperor trained his troops. At age 23, Emperor Gaozu (202 – 195 BC), then known by his common name Liu Bang, fought the Qin and defeated China’s first dynasty.

In Xuzhou, an entire mountain was hollowed out to build a king’s tomb, and it is open to tourists.   It is still unknown how the Han Dynasty constructed the tomb.  Experts say that it would take three hundred workers ten years to build.

In 1984, hundreds of Han Dynasty terra-cotta warriors were discovered at the foot of the Lion Mountains. These figurines were there to guard their lord in the afterlife.  These terra cotta troops are smaller than the ones near Xian for China’s first emperor, but they are just as detailed.

In one Han king’s tomb, there is a dining room and living room before reaching the inner-most chambers where the king’s casket was discovered. The casket is decorated on the outside with more than one-thousand jade pieces from Xinjiang, which is in the far northwest of China that was part of the Han Empire.

The king’s body was still intact and was dressed in a gold-threaded jade suit. Small pieces of jade were stitched together with solid gold threads/wires.  These suits were made for the highest-ranking Han nobles. The kings even took music with them into the afterlife along with terra-cotta dancers.

It was during the Han Dynasty that the Silk Road and trade with the West was started. 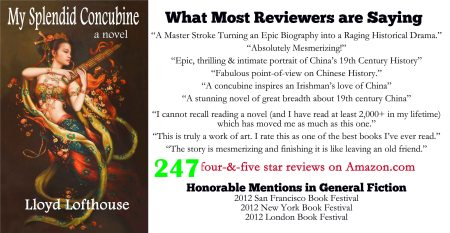 This entry was posted on Wednesday, February 14th, 2018 at 05:00 and is filed under China, Chinese history, history. You can follow any responses to this entry through the RSS 2.0 feed. You can leave a response, or trackback from your own site.