The Power of China’s People

If you think that the Chinese people do not have a voice in China, think again.

CNN reported, “China may be a single-party state run from the very top. But grassroots activism has been bubbling up from beneath, bringing about much needed social support and change. … These are tiny little groups of people all over the country working on trying to improve the lives of people living in those areas — whether it’s on labor issues, women’s rights or the environment.”

One example of this power took place in December 2009 and it was about electric bikes. When new regulations threatened to restrict the use of e-bikes and ban them from public roads, opposition from the e-bike industry and bike riders stopped the regulations in their tracks.

Adrienne Mong of NBC News said, “The news triggered a heated debate that was played out all over the Chinese-language media and on the Internet. Eventually, the government backed down, and it’s been left up to industry groups to figure out new guidelines.”

Of course, even in China, Social Media has other uses too.

More than two years after the e-bike protest, Tea Leaf Nation reported on February 23, 2012 about a blog that was deleted by Sina Weibo, a popular Chinese microblogging platform, but what was deleted was soon restored thanks to widespread outrage and threats that the majority of Chinese would switch to Twitter and/or Facebook.

The Washington Post reported, “In a country where most media are controlled by the state, information is heavily censored and free-flowing opinions are sharply constricted, Chinese have turned to a new platform to openly exchange unfettered news and views: microblogs, similar to Twitter.”

But Foreign Policy Magazine reported that Xi Jinping has tamed the once-enterprising commercial media.” The project of ‘guidance’ is not merely what we tend in the West to call ‘censorship,’ an act of cutting, excising, and obliterating; rather, it is a process of diversion, of redirection. Public opinion is not stopped — it is harnessed.” To China’s leaders, this is “Channeling public opinion.”

“Channeling,” then, was about harnessing the power of for-profit newspapers and magazines, commercial Internet portals, and social media in order to better inundate the public with information from state sources. Ultimately, this was about taming the flood in the Internet age.

In other words, China is not going to let an Alt-Right media similar to Fox News, Breitbart or an Alex Jones spread destabilizing conspiracy theories that might cause disharmony and disrupt China’s culture and economy. 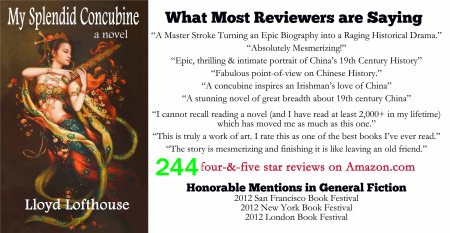 This entry was posted on Tuesday, November 7th, 2017 at 05:00 and is filed under censorship, China, Chinese Culture, cultural differences, media, politics. You can follow any responses to this entry through the RSS 2.0 feed. You can leave a response, or trackback from your own site.