Under Mao Zedong (1893 – 1976), China suffered after he became its leader in 1949, but that isn’t the whole story. During Mao’s Great Leap Forward; what’s known as Mao’s Great Famine (1958 – 62), and the Cultural Revolution, millions died from starvation and purges. What we don’t hear is that China is known as the land of famines. Imperial records show that China has had droughts and famines in one or more of its provinces annually for more than two-thousand years, but there is no mention of the fact that there has not been any famines since the last one in 1962.

On June 30, 1984, Deng Xiaoping said, “Given that China is still backward, what road can we take to develop the productive forces and raise the people’s standard of living? … Capitalism can only enrich less than 10 percent of the Chinese population; it can never enrich the remaining more than 90 percent. But if we adhere to socialism and apply the principle of distribution to each according to his work, there will not be excessive disparities in wealth. Consequently, no polarization will occur as our productive forces become developed over the next 20 to 30 years.”

Deng Xiaoping was right. Bruce Einhom writing for Business Week, Countries in the Biggest Gaps Between Rich and Poor, October 16, 2009, listed the top countries with the biggest gaps. America was number #3 on the list. China wasn’t on the list.

Prior to 1979, the year China opened its doors to world trade, it was rare to find anything made in China.

In the last thirty years, something happened that Mao thought he had destroyed. China grew a consumer middle class and that growth hasn’t finished. During a trip to China in 2008, we saw the Chinese middle class everywhere we went. Instead of the majority of tourists being foreigners, they were Chinese traveling to discover their own country.

A middle-class family in China usually owns an apartment, a car, eats out regularly, and takes vacations. National Geographic Magazine in May 2008 said, “They owe their well-being to the government’s (Deng Xiaoping’s) economic policies …”

Current estimates show China’s GDP growth will continue to grow. Since 2000, China’s GDP has grown at an annual average of 9.66 percent. Compare that to the U.S. with a GDP that never breaks 4 percent and was 2.43 percent in 2015. – Google Public Data 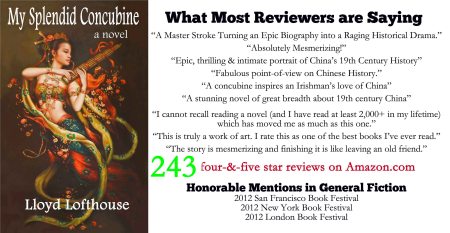 This entry was posted on Wednesday, May 3rd, 2017 at 05:00 and is filed under China, Chinese history, Chinese middle class, Communism, Maoism, socialism. You can follow any responses to this entry through the RSS 2.0 feed. You can leave a response, or trackback from your own site.