What would a Republic in China Look Like? Part 3 of 3

To determine what a republic in China would look like, we must also ask how many Chinese would have been allowed to vote in Sun Yat-sen’s republic.

To find out we need to take a closer look at who was eligible to vote in the United States during Sun’s life to discover that most minorities [China has 56] and women in the United States were not allowed to vote. In addition, some American states at the time had literacy laws in place and eligible adult men [mostly minorities] had to pass a literacy test to be able to vote. The first literacy test for voting was adopted by Connecticut in 1855. In fact, ten of the eleven southern states had subjective literacy tests that were used to restrict voter registration, but some of those states used grandfather clauses to exempt white voters from taking literacy tests.

Knowing this, it is highly likely that Sun Yat-sen would have created a republic in China that only allowed educated and wealthy Han Chinese men to vote. Women and children would have remained chattel, the property of men to be bought and sold for any reason as they had for thousands of years, and China’s minorities would have had no rights.

Therefore, once we subtract children, women, minorities, Han Chinese adult males who did not own property and any of those who were illiterate from the eligible voting population, what’s left is less than five percent of the adult population—and the educated Han elite adult males who owned property would have ruled the country. Most of the people in China would have had no voice; no vote.

What about today’s China?

And China has its own form of an electoral college. The President of China is elected by the National People’s Congress [NPC] with 2,987 members [dramatically more than the Electoral College in the United States with its 538 electors]. The NPC also has the power to remove the President and other state officers from office. Elections and removals are decided by a simple majority vote.

There is another significant difference between China’s NPC and America’s Electoral College—members of China’s NPC are elected but members of America’s Electoral College are appointed. This process varies from state to state. Usually, political parties nominate electors at their state conventions. Sometimes that process occurs by a vote of the U.S. party’s central committee. The electors are usually state-elected officials, party leaders, or people with a strong affiliation with the presidential candidates. This means that the American people have no say when those hand-picked 538 electors decide who the next U.S. President will be.

Then there is this fact: China’s culture is influenced by Buddhism, Daoism and Confucianism — not Christianity, Islam or Judaism — and all three of these Asian religions/philosophies emphasizes harmony with little or no focus on individual rights as practiced in Europe and North America. Knowing that, it is highly likely that Sun Yat-sen would have supported some form of censorship over individuals in China when too much freedom of expression threatened the nation’s harmony.

But the pressure on China to become a democracy is for China to copy the United States with no consideration for its history and unique cultural differences. I wonder why.

Return to Part 2 or start with Part 1 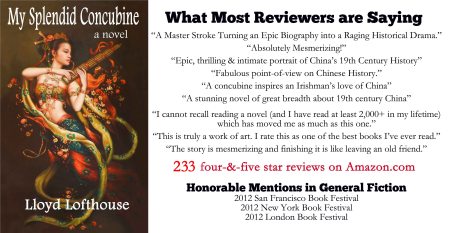 This entry was posted on Thursday, August 11th, 2016 at 05:00 and is filed under America, China, cultural differences, democracy, government, politics, United States. You can follow any responses to this entry through the RSS 2.0 feed. You can leave a response, or trackback from your own site.