The Story of Silk

I’ve often heard about the Silk Road, but I was curious and wanted to know more about the history of silk so I did some Google research and discovered that silk has a long history in China.

For example, in 1984, silk fabric dating back more than 5000 years was found in Henan Province.

According to legend, Lei Zu, the queen of China’s legendary Yellow Emperor, was drinking a cup of tea beneath a mulberry tree one day when a silkworm cocoon fell into her cup. Further investigation revealed that the unraveling fibers were light and tough, ripe for spinning. Thus China’s silk industry was born.

What I didn’t know was that merchants from the Roman Empire sent ships by sea to China and traded directly with the Han Dynasty. It’s well known that China traded with India, the Persians and even Europe using a land route called the Silk Road across Asia. But this was the first time I heard of ships from Europe reaching China about two thousand years ago.

Ships from the Roman Empire first sailed to India and bought silk, which became very popular in Rome. In fact, purple silk was worth its weight in gold.

Eventually the Roman merchants set up trading posts all the way to China and reached Canton; then traded in Chang-Cheou near today’s Shanghai. – Romano-Chinese Relations

In fact, until 73 AD, the silk sea route was the only one open since the caravan routes along the Silk Road were closed at the time.

Roman Emperor Augustus Caesar (31 BC to 14 AD) earned credit for establishing trade between Rome and China.

About the same time, Buddhist missionaries arrived in China by ship from India and introduced Buddhism to China.

The next paragraph may sound as if history were repeating itself between the U.S. and China.

Romans spent recklessly. Gold left Rome and flowed to the East at such a rate that the government had to restrict imports. After a long period of prosperity in Rome, the empire entered a serious economic crisis.

Rome was bankrupt from its overspending and couldn’t maintain the hundreds of thousands of troops needed to protect the empire.

During this same period, the Tang (618 – 907 AD) and Song (960 – 1279 AD) Dynasties ushered in the golden age of China, and China was the wealthiest and most technologically advanced country on the Earth.  The long decline of imperial China’s started in the 15th century as the Renaissance was getting under way in Europe (14th – 17th centuries). 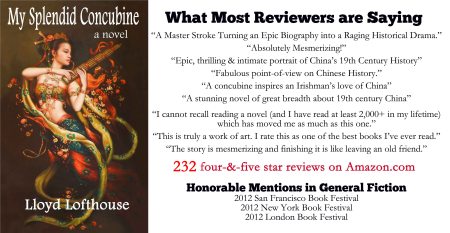 This entry was posted on Tuesday, June 28th, 2016 at 05:00 and is filed under China, Chinese history, history. You can follow any responses to this entry through the RSS 2.0 feed. You can leave a response, or trackback from your own site.