While people were starving in China, and US officials were waiting for Communist China to collapse, Washington D.C. had no idea how much suffering the Chinese people were capable of, and that even with the drought and famine, most Chinese were still better off than they had been for centuries.

How bad was life in China before 1949? Field-studies in the 1930s revealed that in all parts of China, large numbers of landless laborers lived in tremendous poverty, and their situation had not changed since the sixteenth century. – China for all.info

The evidence that the quality of life was improving in China started in 1949. When Mao came to power, life expectancy in China was 35, but by 1960 life expectancy had improved to age 60, while the population of China had increased by 19.5% with child mortality rates improving dramatically.

We might never know how much of an impact America’s economic warfare against China crippled its ability to import food to feed its starving people in a time of drought and famine. In fact, this may have also influenced Mao’s decisions to have the world see China as strong and capable of feeding itself.

The last damaging factors that might have led to millions of deaths due to famine and starvation was the statistical lies of rural farmers and local party bosses reporting crop yields in rural China and Mao’s impossible goals to create a miracle in five years to impress the world.

Mao’s five-year plan for the Great Leap Forward set quotas (goals) to develop agriculture and industry so China would catch up to America and the other Western nations that had invaded China during the 19th century (England, France, Japan, Germany, Russia, America, etc.) starting with the Opium Wars that forced China to allow the foreign powers to sell opium to its people alongside an invasion of Christian missionaries who were allowed to go wherever they wanted to convert the Chinese heathens.

That might be why Mao believed that both agriculture and industry had to grow fast  to make China strong enough to resist another invasion—after all, China was still surrounded by enemies and wars against Communism were being waged in Korea and Vietnam, two countries on China’s doorstep.

Industry could only prosper if the workers were well fed, while the agricultural workers needed industry to produce the modern tools for modernization.

For this to happen, rural China was reformed into a series of giant communes. 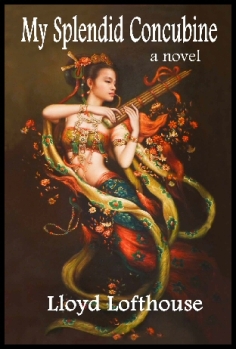 This entry was posted on Friday, March 20th, 2015 at 05:00 and is filed under China, Chinese history, politics, propaganda. You can follow any responses to this entry through the RSS 2.0 feed. You can leave a response, or trackback from your own site.

One Response to China’s Last Great Famine: Part 4 of 6