What really happened in Tiananmen Square in 1989?

I’ve heard from several Chinese American friends (now US citizens), who lived in China in 1989, that the student leaders behind the Tiananmen Square protest/massacre (April 14 – June 4, 1989) were supported by the CIA, and I asked myself if this was another conspiracy theory.

However, my curiosity was stirred, so I spent hours hunting the internet for clues that this might be true, and I discovered several coincidences that raised an eyebrow.

Why did President H. W. Bush replace Winston Lord as ambassador to China (1985-1989) during the early days of the Tiananmen Square incident with a former CIA agent? After all, Lord spoke some Chinese and was a key figure in the restoration of relations between the US and China in 1972.  Wasn’t he the best man for the job during a crisis like this one?

I returned to my friends and asked, “How do you know the CIA helped the student leaders of the protest?”

“It’s obvious,” was the answer. The reason, my friends explained, was the fact that it was very difficult, almost impossible, for anyone in China to get a visa to visit the United States before the 21st century. Yet most of the young student leaders of the Tiananmen Square incident left China quickly after the event and prospered in the West without any obvious difficulty. In addition, after these student leaders came to the West, many were successful and became wealthy.

I returned to my investigation to verify these claims. Let’s Welcome Chinese Tourists was one piece I read from The Washington Post documenting how difficult it was to get a visa back then to visit the United States from China. I read another piece in The Chicago Tribune on the same subject. And my wife told me her brother and two sisters were denied visas to the U.S.

After more sleuthing, I learned that Wang Dan, one of the principal student organizers of the Tiananmen incident, went to jail because he stayed in China when most of the other student leaders fled. Today, Wang lives in the West and cannot go back. Two others went to Harvard and a third went to Yale. Where did they get the money—it’s expensive to attend these private universities?

How about the other leaders who fled to the West? Time Magazine reported, “Some have reincarnated themselves as Internet entrepreneurs, stockbrokers, or in one case, as a chaplain for the U.S. military in Iraq. Several have been back to China to investigate potential business opportunities.”

Official figures of the dead during the incident ranged from 200 to 300. At the Chinese State Council press conference on June 6, spokesman Yuan Mu said that “preliminary tallies” by the government showed that about 300 civilians and soldiers died, including 23 students from universities in Beijing, along with a number of people he described as “ruffians”. Yuan also said some 5,000 soldiers and police along with 2,000 civilians were wounded. On June 19, Beijing Party Secretary Li Ximing reported to the Politburo that the government’s confirmed death toll was 241, including 218 civilians (of which 36 were students), 10 PLA soldiers and 13 People’s Armed Police, along with 7,000 wounded.

Chinese government officials have long asserted that no one died in the Square itself in the early morning hours of June 4, during the ‘hold-out’ of the last batch of students in the south of the Square. Initially foreign media reports of a “massacre” on the Square were prevalent, though later journalists acknowledged that most of the deaths occurred outside of the Square in western Beijing.

Several people who were situated around the square that night, including Jay Mathews, former Beijing bureau chief of The Washington Post, and Richard Roth, CBS correspondent, reported that while they heard sporadic gunfire, they could not find enough evidence to suggest that a massacre took place on the Square itself.

If the U.S. media annually reminds the world of the alleged Tiananmen Square massacre, why don’t they also remind us of another massacre that took place in Taiwan in 1947 where about 30,000 Taiwanese citizens were slaughtered during the 2-28 Massacre by troops of America’s ally Chang Kai-shek?

Can anyone explain why the deaths of a few hundred Chinese in Communist China in 1989 are more important than the slaughter of 30,000 civilians in 1947 by an American ally?

Thanks to a comment, I learned about another slaughter of citizens demanding democracy that took place in South Korea in 1980. 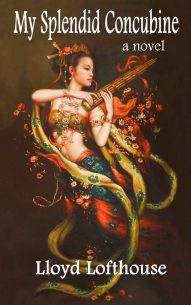 This entry was posted on Wednesday, February 25th, 2015 at 02:00 and is filed under China, Chinese history, Communism, media, politics, propaganda, United States. You can follow any responses to this entry through the RSS 2.0 feed. You can leave a response, or trackback from your own site.

19 Responses to What really happened in Tiananmen Square in 1989?