A few China versus U.S. questions I have been thinking about for some time

In this post there will be a few questions I’m going to answer, but leave others for you—if you want to leave a comment.

First, the dictionary definition for Communism: a theory or system of social organization based on the holding of all property in common, actual ownership being ascribed to the community as a whole or to the state.

What about the definition of socialism—after all, capitalists hate both communism and socialism? Socialism means a political and economic theory of social organization that advocates that the means of production, distribution, and exchange should be owned or regulated by the community as a whole.

How many of the 1.3+ billion people in China belong to the Chinese Communist Party (CCP)? There are 86.7 million members in the CCP and most if not all of the millionaires and billionaires in China are invited to join the CCP after they get rich and are screened, and many of the members who are not millionaires or billionaires have secure jobs, responsibility, power and earn money legally or illegally, but taking money illegally might be dangerous. The CCP aggressively prosecutes white collar crooks if they catch them and sends some to prison and executes a few—white collar crime is not a safe  profession in China. In fact, CBS reported that “82,533 Communist Party members had been investigated. Some lost their jobs; others kicked out of the Communist Party … And no one, no matter how high-ranking, appears safe.”

With 6.7% of the population belonging to the CCP that means 93.3% are not Communists—they just live in a country where actual ownership of everything belongs to the collective and/or the state. You don’t buy property in China. In urban China, you lease it and you can sell the lease to someone else, but in most of rural China the land is owned jointly by the people and the state. There is no rent, no mortgage and no property tax. You also can’t sell the house you live or the land you farm. Rural Chinese might not earn much money, but they also don’t get evicted by the bank for missing mortgage payments.

There are essentially two kinds of land ownership in China, state ownership and collective ownership. Rural land, or housing land and the household contract farmland, is collectively owned. Farmers are part of the collective community and have property rights to their land, but with restrictions. – China.org.cn

In addition, in the last 30 years, China is responsible for 90% of global poverty reduction. Since the start of the far-reaching economic reforms in the late 1970s, growth has fueled a remarkable increase in per capita income and a decline in the poverty rate from 85% in 1981 to 6.1% below the poverty line in 2014.

At no stage over the past 30 years has the CCP relinquished control of the “commanding heights” or “levers” of the Chinese economy: agricultural pricing, heavy industry, power and energy, transport, communications, foreign trade, and finance (state banks). – Marxism-Leninism Today

China now boasts 350 million middle-class citizens (more than the entire U.S. population). In addition, China has 2 million millionaires and ranks second only to the U.S. in terms of billionaires. Some 100 million Chinese traveled outside their country this year, and spent an astounding $7,500 per person, per trip, the highest in the world. – The Middle Class: China’s Game-Changing Demographics

For the United States, keep in mind that capitalism does not equal democracy. Capitalism is an economic and political system in which a country’s trade and industry are controlled by private owners for profit, rather than by the state. But a democracy is a system of government by the whole population or all the eligible members of a state, typically through elected representatives—but these days it sure doesn’t feel like it is working that way.

The U.S. has a poverty rate of almost 15%, and poverty has been increasing in recent years. There is also a 2nd poverty rate in the US, and it’s called Extreme Poverty. In fact, in 1900, before the Progressive era launched by President Teddy Roosevelt to make life better for most Americans, 40% of Americans lived in poverty and less than 7% graduated from high school.

Using a World Bank definition, “extreme poverty” is surviving on less than $2 per day, per person, each month. The National Poverty Center finds that 1.65 million American households (not people but families) live in “extreme poverty,” and these households include 3.55 million children.

What about cracking down on white collar crime in the United States like China is doing? The New York Times reports, “In Financial Crises, No Prosecutions of Top Figures.” And The New York Times asks, “It is a question asked repeatedly across America: why, in the aftermath of a financial mess that generated hundreds of billions in losses, have no high-profile participants in the disaster been prosecuted?”

For all the problems the U.S. has, I don’t plan to move to China, because the air is cleaner where I live in the United States—but if the Koch brothers and Standard Oil have their way that could change. I also prefer shopping at Costco, Trader Joes, Whole Foods and farmers’ markets for organic fruits and vegetables—although a few U.S. corporations are lobbying to ruin that too. 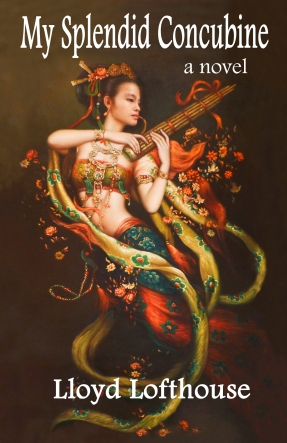 This entry was posted on Tuesday, February 17th, 2015 at 00:00 and is filed under America, capitalism, China, Communism, cultural differences, democracy, politics, socialism, United States. You can follow any responses to this entry through the RSS 2.0 feed. You can leave a response, or trackback from your own site.

One Response to A few China versus U.S. questions I have been thinking about for some time