The growing epidemic of illegal Drug use in China

There is a price that comes with living in a so-called “free” world with human rights that extend to every citizen — even hard-core criminals.

Besides violent crime and human trafficking (slavery), one of those challenges is the illegal drug trade.

In fact, the US Justice Department reported, “The illegal drug market in the United States is one of the most profitable in the world.”

What about China? Between 1950 – 1976, China had little crime and had eliminated illegal drug use.  Under Mao, the drug traffickers were executed and addicts either rehabilitated or shot. Those who survived fled to Hong Kong, Macao, Europe and the United States. But after Mao’s death, that started to change.

Until the 1970s, China’s economy was managed by the communist government and was kept closed from other economies. Together with political reforms, China in the early 1980’s began to open its economy and signed a number of regional trade agreements.

Eventually China joined the World Trade Organization in December 2001. This meant that China could only engage in trade with the world following rules the CCP did not make. After China joined the World Trade Organization (WTO), the service sector was considerably liberalized and foreign investment was allowed; restrictions on retail, wholesale and distribution ended. Banking, financial services, insurance and telecommunications were also opened up to foreign investment.

That’s when the illegal business of trafficking in illegal drugs returned to China with a vengeance.

Since the early 1980’s, due to China’s economic boom to lift hundreds of millions out of poverty, some parts of the country now battle social problems, including soaring rates of drug addiction. One of the worst affected areas is China’s southern province of Yunnan, the entry point for most heroin.

Yunnan’s border is easy to cross from the infamous Golden Triangle. In Yunnan, a fix of heroin costs about the same as a US chocolate bar.

The heroin addicts spend two years in a strict rehabilitation program to help kick the habit. However, once released, many return to addiction.

The Atlantic.com reports that “The country’s economy has exploded over the past quarter-century. … Only 25 years ago, narcotics and illicit drug use were nearly unheard of. Today, Chinese society and government authorities are increasingly grappling with the explosion in drug use and drug addicts, as well as how to respond to the phenomenon. With more relaxed borders, increased wealth, and greater individual freedoms, drug addiction and its consequences threaten to become a permanent fixture within Chinese society.” 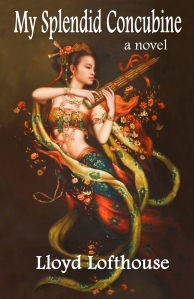 This entry was posted on Wednesday, February 4th, 2015 at 05:00 and is filed under capitalism, China, crime, human rights, legal system. You can follow any responses to this entry through the RSS 2.0 feed. You can leave a response, or trackback from your own site.