Enough said about The Economist, Christianity and differences between dictatorships, democracies and republics, and back to the long history between China and Burma/Myanmar, which started during the Han Dynasty (206 B.C. – 220 A.D.).

Due to deposits of jade in Burma/Myanmar and that region, Chinese merchants have been involved in mining and trade there for more than two thousand years.

Then during the Qing Dynasty, there were four major invasions (1765-1769) of Burma by China’s Manchu leaders. In 1784, the long struggle between Burma and China ended and regular trade started up again.

In November 1885, Sir Robert Hart favored a proposal that China, as Burma’s overlord, stand aside and allow the British Empire to pursue her own course there provided that Britain allow Burma to continue her decennial tribute (once every ten years) missions to China. Source: The I. G. In Peking, Letters of Robert Hart, Chinese Maritime Customs 1868-1907, The Belknap Press of Harvard University Press, page 614, 1975.

Instead, the British Empire made Burma a province of India in 1886.

Since independence from the British Empire, Burma has generally been impartial to world affairs but was one of the first countries to recognize Israel and the People’s Republic of China.

Territories such as the autonomous regions of Tibet, Xinjiang and countries like North Korea, Manchuria, Mongolia, Burma, Vietnam and others along China’s long borders were considered vassal states by some Chinese dynasties, and these vassal states often sent lavish gifts and delegations to China’s emperors on a regular schedule.

Return to Part 2 or start with Part 1 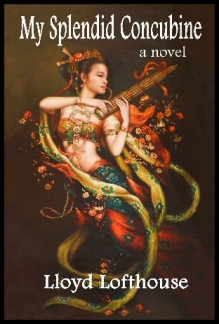 This entry was posted on Thursday, November 13th, 2014 at 02:00 and is filed under America, China, Chinese history, politics, propaganda, United States. You can follow any responses to this entry through the RSS 2.0 feed. You can leave a response, or trackback from your own site.

One Response to China’s Long History with Burma/Myanmar: Part 3 of 3