Many have heard of or read about the Silk Road between China and Europe, but I think few have heard of the ancient Tea Horse Road, which I first read about in the May 2010 issue of National Geographic (NG).

Legend says that tea from China arrived in Tibet as early as the Tang Dynasty (618- 906 A.D.). After that, the Chinese traded tea for horses, as many as 25,000 horses annually.

But that isn’t what struck me the most about the NG piece. It’s the example that demonstrated why the peasants loved and possibly worshiped Mao Tse-Tung.

From May 2010 National Geographic Magazine, page 103

For more than a thousand years, men fed their families by carrying hundreds of pounds of tea on their backs across the rugged mountains into Lhasa. Some froze to death in blizzards. Others fell to their deaths from the narrow switchbacks that climbed into the clouds.

This all ended in 1949 when Mao had a road built to Tibet and farmland was redistributed from the wealthy to the poor.

“It was the happiest day of my life,” said Luo Yong Fu, a 92-year-old dressed in a black beret and a blue Mao jacket, whom the author of the National Geographic piece met in the village of Changheba. 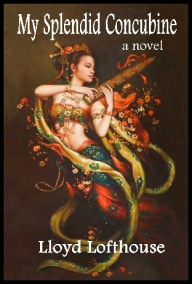 This entry was posted on Wednesday, August 6th, 2014 at 05:00 and is filed under China, Chinese food, Chinese history. You can follow any responses to this entry through the RSS 2.0 feed. You can leave a response, or trackback from your own site.