Tzu Hsi – The Last Empress and the Rape of China

Imperial Woman: The Story of the Last Empress of China, by Pearl Buck 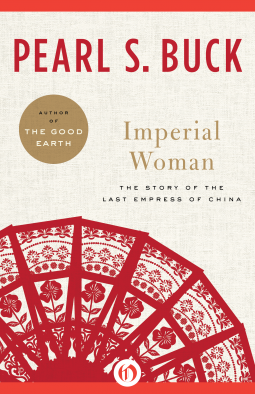 This is the story of Tzu Hsi, a woman who rose from obscurity to rule first as regent to her son, the boy emperor, then ultimately as the last Empress of China from 1861 to 1908. Her death heralded the end of the old China. The empire collapsed only three years after her death, in 1911.

First chosen as one of many concubines to the young emperor – no more than a child himself – she manipulates herself into position as his favorite, cultivates his favor until he depends on her completely. Still in love with her childhood sweetheart, a single night of love produces a son, the next emperor.

This entry was posted on Tuesday, September 10th, 2013 at 07:20 and is filed under China. You can follow any responses to this entry through the RSS 2.0 feed. You can leave a response, or trackback from your own site.