Dissecting the “Moral Duty” of a Reckless and False Review: Part 6/6

Amanda Roberts, most people think for themselves. They don’t need someone on an alleged evangelical crusade willing to claim anything to achieve what she may see as a moral duty.

I’ve also written about this subject in My Mother would have Burned this Book (March 2011), because there have been other reviews similar to yours but much shorter that may have also had a burning “moral duty to spare others the pain of reading it.”

Another word for this is censorship, and there is a long history of censorship linked to a moral duty to censor books dealing with graphic sexual topics.

Maybe the truth is that Amanda Roberts is an alleged throw back to the Victorian era and would rather sweep the truth under the carpet that this historical fiction novel reveals—the same thing that Robert Hart attempted when he burned those journals.

Ms. Amanda Roberts, as valid as your opinon is, there are other opinions of this book that are just as valid.

“Packed cover to cover with intriguing characters and plot, a must read for history fans and a fine addition to any collection on the genre.” – Midwest Book Review, May 8, 2008

“A stunning work that enmeshes imperialism, modernity, miscegenation and plain old desire in a sweaty matrix of destruction and painful birth.” – City Weekend Magazine, May 8, 2008

“Those who are interested in unconventional romances with an out-of-the ordinary setting will find plenty to enjoy.” – Historical Novel Society, May 2008

2nd edition of My Splendid Concubine

“A powerful novel whose beauty exceeds that of the book’s cover.”
– Writer’s Digest judge’s commentary, April 2009

Our Hart, Elegy for a Concubine, the sequel to
2nd edition of My Splendid Concubine

“Our Hart is a unique and entertaining read, recommended.” – Midwest Book Review, April 2010

“Political intrigue and matters of the heart are both fully explored. … readers who enjoy vicariously experiencing other times and cultures will find Our Hart a fascinating journey.” – Commentary of a Writer’s Digest judge, April 2011 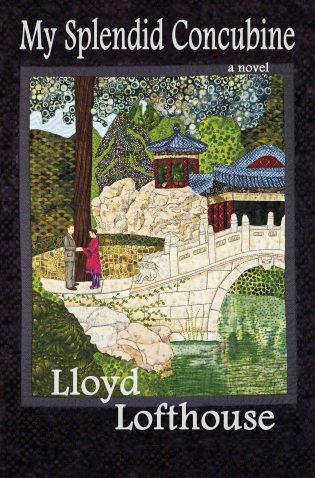 Disclaimer: No money was paid to bribe another person to write a positive review of this novel or to honor it with a literary award of any kind, and I’m sure if we go to court with a judge, lawyers and a jury, that fact would be easy to prove. There was no guarantee of a response from any of these sources or what that response might be.

Return to Dissecting the “Moral Duty” of a Reckless and False Review: Part 5 or start with Part 1

This entry was posted on Monday, March 25th, 2013 at 04:00 and is filed under Anchee Min, book review, China, Lloyd Lofthouse, My Splendid Concubine. You can follow any responses to this entry through the RSS 2.0 feed. You can leave a response, or trackback from your own site.