Lin Yutang’s “My Country and My People”

If you haven’t spent time in China, your opinions about that country are probably wrong. I’ve traveled there often, and I’m married to a woman who was born and lived in China during Mao’s Cultural Revolution.

That’s why I found it interesting to read “The Non-Existence Of A Chinese World View” at Two Fish’s Blog, where Lin YuTang was quoted. 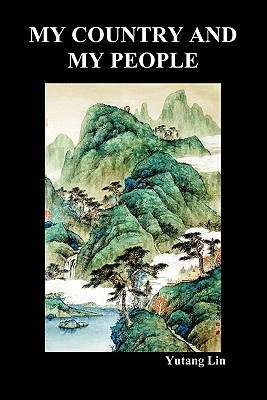 While writing “My Splendid Concubine and the sequel, “Our Hart”, about Robert Hart in China, I read “My Country and My People“. Hart is mentioned on page eleven of the 1938 edition. Pearl S. Buck, who wrote the introduction to Lin’s book, felt that someone who knows the Chinese should write a book about the people and culture. She urged Lin YuTang to be that author. Even though YuTang’s book was published years before the Communist Revolution, this book is still relevant in all things Chinese.

YuTang’s style is a mixture of history, philosophy, psychology, sociology with wit and wisdom.

I smiled when he pointed out contradictions about the Chinese way of thinking and helped me discover what motivates many Chinese to act the way they do—even the Chinese in a government often blamed for what they do because they are Communists when in fact, they act that way because they are Chinese.

To learn more of China, discover Tom Carter’s “China: Portrait of a People”

This entry was posted on Tuesday, March 19th, 2013 at 06:00 and is filed under China, Chinese Culture, Chinese literature, Chinese men. You can follow any responses to this entry through the RSS 2.0 feed. You can leave a response, or trackback from your own site.

2 Responses to Lin Yutang’s “My Country and My People”