The Ugly Face of Intolerance – Part 2/3

I first ran into this particular wall of intolerance on the Amazon Forum where Amy Chua’s critics left reviews and comments about her parenting methods in a hate fest that had mostly nothing to do with the memoir.

What these critics write are attacks on Chua accusing her of being a child molester, a sociopath, or a narcissist, etc.  Often, these critics do not know what they are talking about and the biased ignorance runs deep.

One claim I have been struggling to disprove was the one that said, “Amy Chua does not represent the average mainland Chinese parent and had no right to claim that her parenting methods were Chinese.”

After more than four months, the evidence I have been looking for appeared in China when the China Daily published Tiger Moms’ Popular in China on April 14, 2011.

The China Daily said, “The strict parenting style advocated by Amy Chua, the Yale law professor, in her latest book, Battle Hymn of the Tiger Mother, is still popular in the country today, according to a recent survey.” 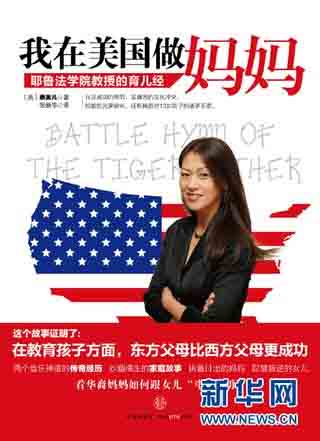 “A Beijing high school teacher, surnamed Liu, was quoted as saying that his wife had enrolled their daughter in violin and ballet classes at an early age and had resorted to scolding and spanking when the girl refused to go.

“Strict parenting is also a tradition in other Asian countries, such as Japan and South Korea,” Liu said. “It has merits in raising smarter children and preparing them better for harsh competition in the future.”

In addition, a critic of Chua’s on the Amazon Forum referred to an opinion piece posted on the Psychology Today Blog where Peter Gray, a research professor of psychology at Boston College claimed that 42 one-star reviews from anonymous people that identified themselves as Chinese was enough to conclude that the majority of Chinese (there are more than 1.3 billion Chinese and almost four million are in the US) were critical of Amy Chua’s parenting methods.

When we compare Peter Gray’s opinion in the Psychology Today Blog with information from almost 2,000 people polled online in China, which source do you think is more credible?

This entry was posted on Monday, July 4th, 2011 at 11:00 and is filed under America, American culture, China, Chinese Culture, Confucianism, cultural differences, education, family values, parenting. You can follow any responses to this entry through the RSS 2.0 feed. You can leave a response, or trackback from your own site.