The world’s biggest country is going through the world’s largest sexual revolution. From the Internet to corner sex shops, China is changing. However, lost in the mix, millions of single men cannot find a date much less a mate.

Changes are talking place as China goes through the West’s 60s rebellion. Mao’s Little Red Book has been replaced with a black book filled with phone numbers and date info.

Mao’s taboos against capitalism and sex are gone. With these changes comes the dark side—drugs, prostitution, HIV and STDs. Under Mao, sexuality was almost done away with. Everyone wore the same baggy colored clothes. Everyone had the same haircut. Couples that fell in love and were caught were punished. Today, cosmetics, perfume and stylish clothes have replaced Mao’s uniforms.

Millions are learning about romance and love. However, millions of others have been left with sexual, psychological problems and are very ignorant about sex. They were victims of Mao’s Cultural Revolution‘s sexual repression.

China also has a new, popular holiday,Valentine’s Day. On February 14, cupid and roses have become fashionable. Nightclubs hold Valentine’s festivals where couples meet, drug use is common and kissing leads to sex.

Private businesses that cater to romance and sex are flourishing in China. Some shops are a cross between a sexual education center that also sells adult sex toys. In Beijing, there are an estimated five thousand sex shops and business is booming. This industry is worth billions.

When the first graphic sex Blog came online, the server crashed and was down for days. When the government censors shut down a sex Blog, more replace it.

In China today, teen girls are living lives their parents never imagined and do not understand. The teens are very open about what turns them on in a guy. Many do not care what their parents think. They only want to have fun.

Listening to the conversation between this group of Chinese girls sounds like listening to spoiled kids in the US talking.

The teens often go out clubbing and the nightclubs are equal to or better than the best in the West. The nightclub featured in the video has life-sized wall paintings from Cultural Revolution posters while teens dressed in sexy clothes dance and grind to loud music. These changes started in the late 1990s.

Even in China’s rural villages, the sexual revolution has been felt as millions of young women leave the villages to the big cities and experience what the urban Chinese are doing. The first stop is the hair salon.

The media is even climbing on board this sexual revolution. Glitzy magazines, like the Chinese edition of Cosmopolitan, feature the stylish, hot and sexy.

China’s one-child policy, created to control the growth of the population, is complicating the sexual revolution.

By ending the pressure on Chinese women to have many children, this has liberated them to do other things. Now Chinese women have the freedom to get an education and find a paying job.

The one-child policy also created another problem. Since Chinese families have always favored having boys, many women get abortions when the fetus is identified as a female. This has led to a growing imbalance between the number of men and women.

Now, millions of poor men cannot find a mate. With so many poor men unable to find women, gangs and crime have become a problem.

China now has the fastest growing sex industry in the world. A decade ago, there was little prostitution. Today, there are many brothels masquerading as massage parlors. Some are modeled after the brothels in Thailand.

Capitalism has arrived in all its guises, and the same problems the US has with sex slavery and drugs is now a problem for China too.

Most prostitutes are village girls and have no idea about safe sex. This is causing an increase in HIV. Many of the men refuse to wear condoms. Sometimes, when the girl says no, the paying customer will rape her.

The sexual revolution in China is a fragile one. While the new China supports it, the old China is afraid of these changes. Adultery and divorce are on the rise. Kids are leaving home. There is a growing generation gap.

One older Chinese man says that China is not used to this. Under pressure from the older generation, the police must crack down, raid bordellos and arrest prostitutes.

However, now that China’s sexual revolution is in the open, it will be hard to stop. At first, the government tried to stop what was going on but soon backed off. In addition, many parents, who grew up in Mao’s puritanical era, don’t want their children to experience the same repression.

These changes are talking place while women are gaining power and many families now value having female children. Few want to return to the way things were. 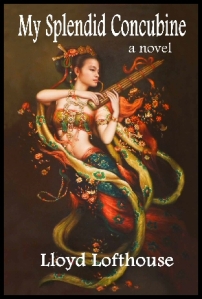 This entry was posted on Wednesday, April 27th, 2011 at 18:00 and is filed under capitalism, China, Chinese Culture, Chinese men, Chinese middle class, Chinese women, economy, environment, family values, parenting. You can follow any responses to this entry through the RSS 2.0 feed. You can leave a response, or trackback from your own site.

One Response to China’s Sexual Revolution (viewed as single page)