Newsweek reported about China’s changing landscape in China’s Hobson’s Choice.  It’s a well-balanced piece and halfway down the page is a video, “Millionaires Overnight”, worth watching.  The message in that video is that sometimes it is better off staying poor. 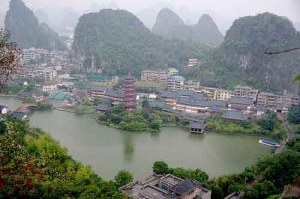 However, China doesn’t have much of a choice but to keep changing. There’s pressure from the hundreds of millions of have-nots in rural China to get what the new urban middle class already has. Then there is the drive to stay “strong” so no one will push China around as the Western powers and Japan did for more than a century after the 1st Opium War until 1949 when Mao won China.

This Newsweek piece talks about the central government waking up to the fact that they have to do something about the pollution.  However, an old Chinese saying explains the clean-up challenge best, “The mountains are high, and the emperor is far away.”

China’s one party government may appear powerful but reality is a grim fact. After all, the Communist’s Net Nanny’s cannot even keep Chinese from getting past the Internet censors and many Chinese play by their own rules regardless of laws that might end in a death penalty. Greed is a great motivator in any country.

See The Use of Power

This entry was posted on Thursday, June 3rd, 2010 at 08:00 and is filed under business, China, Chinese middle class, environment. You can follow any responses to this entry through the RSS 2.0 feed. You can leave a response, or trackback from your own site.