“And Moses brought forth the people out of the camp to meet with God; and they stood at the nether part of the mount. And Mount Sinai was altogether on a smoke, because the Lord descended upon it in fire: and the smoke thereof ascended as the smoke of a furnace, and the whole mount quaked greatly.”  Exodus 19:17, 18 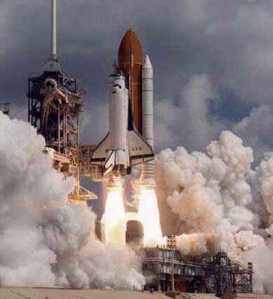 No one knows for certain where the Yellow Emperor came from.… He was known as the Yellow Emperor in honor for his contributions to agriculture and the Chinese calendar. In addition to farming, his wife, Lei Zu, is credited for developing the idea of growing silkworms and creating silk.  The Yellow Emperor is also noted as the creator of Chinese medicine, and the origins of Taoism and Confucianism trace their roots back to this mythical Emperor, who may have lived 4000 years ago.

Then one day, a yellow dragon descended from the sky to take the Yellow Emperor back to heaven…. Myth says, he ruled for a hundred years before leaving.  Source: The Yellow Emperor

Is the Old Testament’s description in Exodus a space ship descending to Mount Sinai, and is the Yellow Emperor returning to heaven a myth or reality? In addition, consider that the Biblical Adam and the Yellow Emperor were both on the earth about 4,000 years ago.

This entry was posted on Saturday, May 29th, 2010 at 16:00 and is filed under China, Chinese Culture, Chinese history, Confucianism, religion, Taoism. You can follow any responses to this entry through the RSS 2.0 feed. You can leave a response, or trackback from your own site.