“China is now the second-biggest box office territory for Hollywood films, eclipsing Japan,” says The Hollywood Reporter. Not only that, but Chinese production companies are releasing films for the home market.

It also appears that the Chinese government has done some forgiving. “Zhang Zhao fled China for the U.S. soon after the crushing of the 1989 student democracy movement. But Mr. Zhang returned to China in 1998, and now he’s the man with the money: As head of Enlight Pictures, a unit of Enlight Media and one of the new film companies aspiring to tell Chinese stories to a rapidly expanding domestic audience, he has plans for an initial slate of 40 movies, and no problem with financing.” Source: RealFilmCareer.com 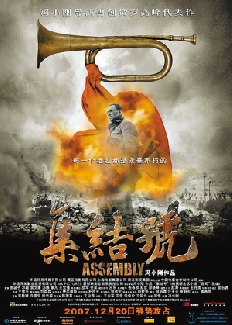 Then there is Huayi Brothers Media, which the May issue of “The Hollywood Reporter” says raised 160 million in an IPO on the Zhenzhen stock exchange.  The Huayi brothers have already released over 50 films, most of them huge box office hits in China. Source: CNN: Is This China’s Harvey Weinstein?

“Five years ago,” Wang Zhongjun said, “we hoped (the Hollywood studios) could bring us support and investments. Now we’re helping them,” reports The Hollywood Reporter, which predicts box office gross in China could exceed 10 billion yuan by the end of 2010.

Discover What is the Truth about Tiananmen Square?

This entry was posted on Monday, May 17th, 2010 at 16:00 and is filed under business, China, Chinese arts and music, Chinese Culture, media, Uncategorized. You can follow any responses to this entry through the RSS 2.0 feed. You can leave a response, or trackback from your own site.