Understanding How to do China Business

There’s a reason my wife warned me to never do business in China; then she went and lost money doing business there herself—and she’s Chinese. However, being Chinese in China is the same as being American in America—there is no guarantee that anyone is going to be a success and fill buckets with money.

If you want to read the nightmare side of doing business the wrong way in China, see Showdown at Changsha by John Alley. “Western companies felt they had to be players in the China market, and dozens of the world’s largest corporations fell over themselves losing money in abortive China joint ventures.” Source: Asia Review of Books 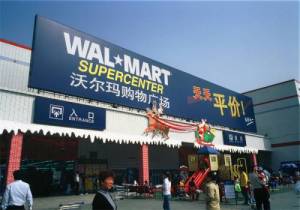 Google appears to have failed because they did not learn that doing business in other cultures means changing the way you think and present yourself. On the other hand, Bob Grant’s guest posts on iLook China are examples that there are success stories in China. Recent news shows that GM is making profits in China—more than in the US. McDonald’s announced recently they are opening hundreds more fast food outlets in China this year.

Anyone wanting to do business in China should consider going back to school. I checked one of America’s top universities, Stanford, and found a course taught by an expert. There’s even a Doing Business in China for Dummies book.

This entry was posted on Tuesday, April 27th, 2010 at 16:00 and is filed under America, American culture, business, China, Chinese Culture, education. You can follow any responses to this entry through the RSS 2.0 feed. You can leave a response, or trackback from your own site.

3 Responses to Understanding How to do China Business