Heaven Grants the Right to Rule

The Mandate of Heaven is based on four principles:

When the Ch’ing Dynasty fell in 1912, and the Nationalists stepped in, a claim could be made that this change occurred because The Mandate of Heaven made it so. After all, history tells us that the Manchu of the Ch’ing Dynasty were brutal rulers. In addition, during the nineteenth century, China suffered through droughts, famines and rebellions that cost millions their lives. 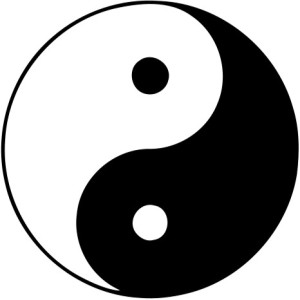 The principals from the Mandate of Heaven and Confucius’s Five Great Relationships must be on the minds of the members for China’s central government. That’s why, after Mao, China’s government revised the constitution and built-in term limits (two five-year terms) unlike the United States and other Western democracies. There is also an age limit in China set at sixty-seven. In China, we will not see deaf men nearing ninety falling asleep in their senate seats.

Sign up for an RSS Feed for  iLook China

This entry was posted on Thursday, April 15th, 2010 at 12:00 and is filed under China, Chinese Culture, government, politics. You can follow any responses to this entry through the RSS 2.0 feed. You can leave a response, or trackback from your own site.