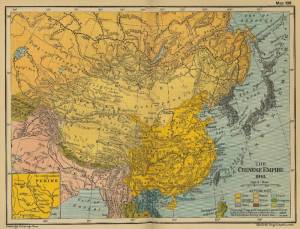 More evidence that is interesting comes from the CIA World Factbook. It seems that there are about 80,000 Tibetan refugees living outside Tibet/China. Wikipedia estimates about 5,000 to 9,000 live in the United States. The rest live closer to the Tibetan government in exile.

There were no Tibetans in America prior to the 1950s. Chinese first immigrated to America in the 18th century, and Chinese Americans make up the largest Asian population in America today—more than three million.

This entry was posted on Monday, April 12th, 2010 at 08:00 and is filed under Buddhism, Buddhist, China, Chinese history, Communism, history, media, politics, religion, Tibet. You can follow any responses to this entry through the RSS 2.0 feed. You can leave a response, or trackback from your own site.