I’m taking a quick trip to Xian (in pictures that is). Xian was China’s ancient capital for more than a thousand years before being moved to what is called Beijing. 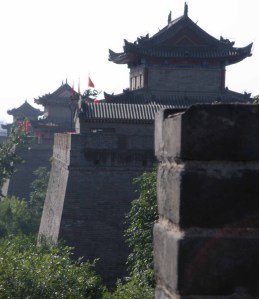 After landing in Xian in 2008 (our third trip to the city since 1999), we found a great driver. He was honest and knowledgeable. Here’s the cell phone number he had at the time (136-0916-251). If you visit Xian, I recommend you book him for the entire stay. He also introduced us to some experiences we’d never had on previous trips. 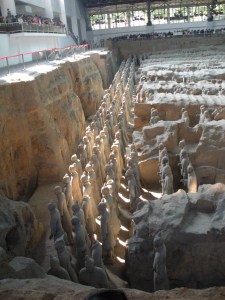 These warriors were created to guard China’s first emperor after death.

Discover The First Emperor: The Man Who Made China

This entry was posted on Friday, February 19th, 2010 at 08:00 and is filed under China, Chinese Culture, education, government, tourism. You can follow any responses to this entry through the RSS 2.0 feed. You can leave a response, or trackback from your own site.