I read a political opinion Column on Gather written by Devin Barber and ran into an example of the American manufactered Chinese Stereotype–not from Barber but from one of the comments to his column. 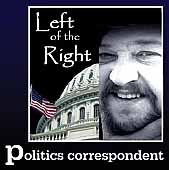 To find that example, I suggest you read Devin Barber’s column “Left of the Right”. The particular column I was reading was TEA Partiers Say “It’s Time To Take Our Country Back” What Does That Mean?

I was enjoying myself (laughing at some of the inane comments from the ignorant and/or stupid people who keep bashing Obama and the Democrats as if they are devils) until I reached this from Bruce, “and then if we manage to survive I think we will either end up with a totalitarian regime where the citizens are slaves like China…“

My response to Bruce’s comment started , “Bruce, what do you know about China?  The image or opinion of China that most Americans have stuck in the gunk between their ears is the China of Mao.

“Mao died in 1976, and the Cultural Revolution ended. China created a market economy that keeps growing, and the people of China are not slaves. Actually, most of those that live in the cities have almost as much freedom as Americans in the US.  That is about five hundred million people. (Eight hundred million live in the countryside and are not as fortunate at those in the cities, but they are still not slaves.)”

If you are interested in reading the rest, please go to Devin’s column and read the comments. Devin’s column is not about China but that one comment demonstrates the dangers that come with being an uneducated voter like Bruce. It’s scary that anyone may vote in America regardless of how globally ignorant or stupid they are. There should be a knowledge test before one earns the right to vote.

Learn more about The American Assault on China’s Currency