Being Chinese and Buying Made In China in the USA: Part 2 of 2

I’ve been in the Number One Shanghai department store off Nanjing road and seen Chinese consumers taking TV’s from the box to insure they work.

Recently, a friend who was visiting us from China was up early in the morning walking to the Apple Store, a thirty-minute walk from our house.

To buy an iPad or iPhone in America, she was willing to get up that early and wait in line for several hours until the store opened to buy this new Apple product. And she didn’t buy just one. Her coworkers and friends in China gave her enough money to buy several Apple products that were all assembled in China but sold in the U.S.

When I asked her why not buy the iPad at one of the official Apple Stores in Beijing or Shanghai, she said if you buy something in the U.S. even if it’s made in China, the buyer can be assured of the quality.

There is some truth to that. My father-in-law’s wife arrived several years ago with a new camera she bought in China, and it stopped working the first week she was here so she bought an expensive Sony at Costco and loved it because it worked just as promised and kept on working.

It would seem that Chinese manufacturers have a long way to go to earn the trust of the Chinese consumer.

Meanwhile, 109 million Chinese tourists left China in 2014 and many bought “Made in China” outside of China and spend more than any other foreign travelers at an average of $7,200 each visit to the U.S. They also buy “Made in the USA” and products made in other countries.

Don’t believe me? Well, Bloomberg.com reported recently that “they (Chinese tourists) are the most prolific spenders in the world.”

Don’t let this blow your mind, but last week I saw a busload of Chinese tourists shopping at the Costco closest to our house. It seems that even Costco is a tourist destination and Chinese tourists buy everything even filling up shopping carts with vitamins.

Next time you hear an ignorant American complaining about China stealing jobs from the U.S., tell them how many jobs they are generating in the U.S. and how much money they are spending here, and that the U.S. is now issuing more visas for Chinese citizens for longer periods of time.

Return to or start with Part 1.

Lloyd Lofthouse is the award-winning author of My Splendid Concubine [3rd edition], a historical fiction novel with a unique love story that is set in 19th century China. His latest book, a suspense thriller set in the world that Lloyd worked in as a maitre d’ in the early 1980s, is going on sale for $0.99, a savings of 75% below regular price. 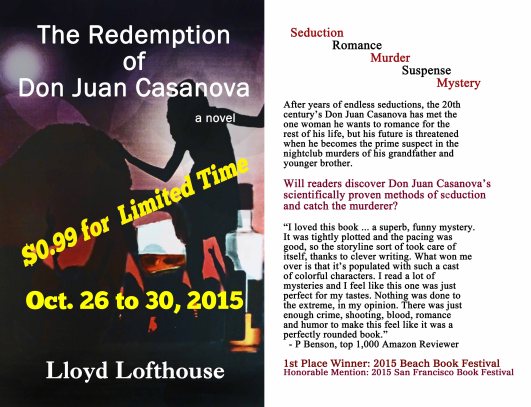 This entry was posted on Wednesday, October 21st, 2015 at 05:00 and is filed under America, China, Chinese middle class, cultural differences, economy, tourism, United States. You can follow any responses to this entry through the RSS 2.0 feed. You can leave a response, or trackback from your own site.

4 Responses to Being Chinese and Buying Made In China in the USA: Part 2 of 2