The loss of life during China’s last Great Famine—in the West and especially the United States—has been blamed on Mao and the Chinese Communist Party, but finding blame on a famine in China isn’t that easy when you know the history of droughts and famines in that country.

It’s no secret that many in the United States think that Mao was a monster worse that Adolf Hitler or Stalin, and that Mao was responsible for killing 30 to 60 million people during what is known as China’s Great Famine.

Until recently, I also believed this because that’s all I have ever heard through the U.S. media—the details that may have caused this famine are not common knowledge, and it appears that no attempt by the Western media has ever been made to reveal them.

However, after discovering what happened in China and the world during Mao’s Great Leap Forward, what was once a certainty—at least to me—is now a mystery and possibly another hoax equal to the hoax that Tibet was never part of China before 1950 and there was a massacre in Tiananmen Square in 1989, which Wiki Leaks recently proved wrong.

There’s no mention of drought, floods and severe weather that cut crop yields, and the number of deaths quoted in the video cannot be supported with evidence. In fact, evidence that does exist supports far fewer deaths. Everything else is based on guessing.

I think discovering why Mao might be a victim of this hoax is worth examining, because in 1949 when Mao came to power, life expectancy in China was age 35, but by 1960 life expectancy had improved to age 60, while the population of China had increased by 19.5% with child mortality rates improving dramatically.

If Mao’s policies were responsible for these improvements in life expectancy and population growth, how could he also be the monster responsible for causing a famine that killed millions?

My research revealed that other factors might have contributed to the deaths and all but one of those factors did not deliberately cause people to die of starvation.

After learning of these other factors and completing the puzzle, it is obvious—at least to me— that Mao and the Communist Party did not order the deaths of 20 to 70 million mostly rural peasant in remote areas of China, and the numbers quoted in the West vary widely because different people have made different claims without valid evidence to support those claims. However, there is evidence that supports the lower number. In fact, the actual number of Chinese who starved is probably much lower than what is commonly believed in the United States. 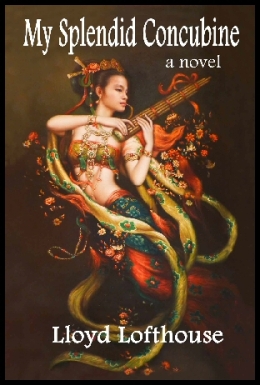 This entry was posted on Tuesday, March 17th, 2015 at 05:00 and is filed under China, Chinese history, politics, propaganda. You can follow any responses to this entry through the RSS 2.0 feed. You can leave a response, or trackback from your own site.

One Response to China’s Last Great Famine: Part 1 of 6