Dream of the Red Chamber: much more than just China’s Romeo and Juliet

The Dream of Red Chamber (also known as The Story of Stone) is generally considered one of the four greatest Chinese classical novels; has had several versions and translations and was made into a TV series in China.

The author, Tsao Hsueh-chin (1715-1763) came from a powerful and wealthy family and lived a privileged life as a child in Nanjing. Later, he became poor and struggled to survive. Going from wealth to poverty provided him with the necessary experiences to write this tragic story.

Although this novel (English translation available on Amazon in addition to a film selection) has great literary merit on many levels, there is difficulty keeping the characters straight—there are more than four hundred characters and almost thirty are major.  The plot, like most Chinese novels, meanders and doesn’t always flow in the same direction.

Nevertheless, readers and students of Chinese history/culture should read this book to develop a better understanding of Imperial China during the Ch’ing Dynasty. The novel paints a vivid portrait of a corrupt feudal society on the verge of the capitalist, market economy we see flourishing in China today. 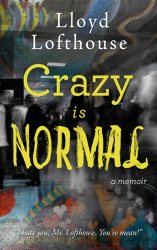 This entry was posted on Wednesday, July 9th, 2014 at 05:00 and is filed under China, Chinese Culture, Chinese history. You can follow any responses to this entry through the RSS 2.0 feed. You can leave a response, or trackback from your own site.