The most damaging evidence against Rinpoche’s claims come from the October 1912 issue of The National Geographic Magazine (I have a copy—it cost me $20 on e-bay). Since the earliest evidence of Communists in China was about 1920, and it wasn’t until 1949 that the Communists came to power under Mao, there is no way the Chinese doctor who wrote that 1912 piece could have lied for the Communists. 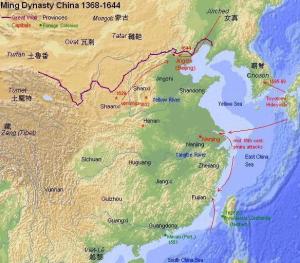 On page 979, Dr. Shaoching H. Chuan wrote, “Tibet is governed by the Dalai Lama as politco-religous head and two “Ambans” as the political dictators. The Ambans are appointed by the Chinese Emperor every four years. All governmental affairs have to undergo examination by the two Ambans, and all government policy must be sanctioned by them before it can be put into operation. Literally, the Dalai Lama is under the authority of the two Ambans…” (Page 979)

Go to Tibet Inside China – Part 4

This entry was posted on Monday, April 12th, 2010 at 12:00 and is filed under Buddhism, Buddhist, China, Chinese history, Communism, history, media, politics, religion, Tibet. You can follow any responses to this entry through the RSS 2.0 feed. You can leave a response, or trackback from your own site.

3 Responses to Tibet Inside China – Part 3/5